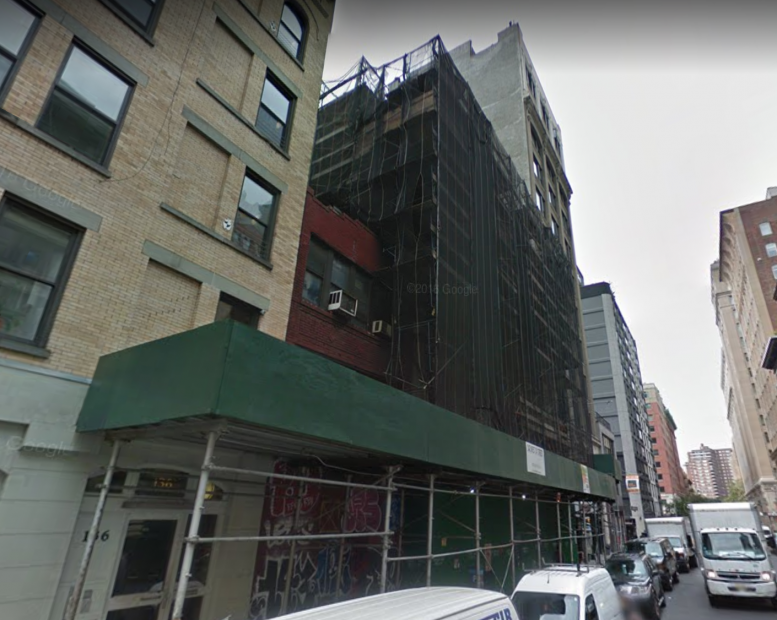 Chelsea’s hotel boom has been gobbling up whatever under-built properties remain in the neighborhood, and now that is happening at 140 West 24th Street, between Sixth and Seventh Avenues, where new building applications were filed yesterday. Sam Chang is developing a new 45-story and 416-foot-tall tower on the property, which is naturally going to be designed by neighborhood go-to, Gene Kaufman.

The total construction area will measure 172,640 square feet, and within that, 142,949 square feet will be designated commercial space. That will be comprised of various amenities including a dining area and kitchens on the cellar and first floors, and 508 hotel rooms up above. At an average size of about 270 square feet, those are on the smaller side.

Design specifics have not yet been released, but with Kaufman at the helm, something unconventionally conventional is all but assured. Demolition permits for the existing three-story structure were approved in January, and with Sam Chang at the helm, the project will probably go vertical sooner than later.