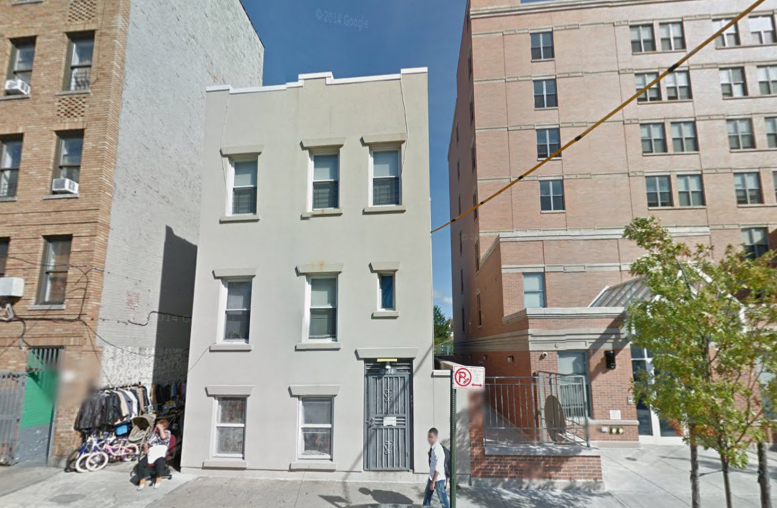 Now that the 421-a tax exemption program may return, developers seem to be taking a hard look at affordable neighborhoods in the Bronx. A builder based in Morris Park, in the East Bronx, has filed plans for an eight-story residential project in nearby Westchester Square, a working-class area with a growing immigrant population.

The 74-foot-tall building would replace a three-story walk-up at 2438 Lyvere Street, between East Tremont and Zerega avenues. It would host 46 apartments spread across 30,413 square feet of residential space, yielding typical units measuring just 660 square feet. The project seems to be market-rate rentals, a hopeful sign for the real estate market in this part of the borough.

The ground floor would have four units and a lobby, followed by six units apiece on each of the upper floors. There would be a 1,000-square-foot backyard, as well as laundry and bicycle parking in the cellar. The development would also include an 11-car parking lot and 19 more spots in the cellar, for a total of 30 parking spaces, which are required to satisfy city zoning requirements.

Mount Vernon, N.Y.-based Badaly Architects will design the building, and Arjan Gjushi, of Al. Brothers Construction Co., is the developer. He purchased the property for $900,000 in September, paying just $29 for each square foot of his planned building.

One-bedroom apartments in the neighborhood rent for around $1,300 a month, and tenants can find newly-renovated two-bedrooms for roughly $1,600 or $1,700 a month. When the Times profiled Westchester Square in 2013, the paper noted that buyers can scoop up one-bedroom co-ops there for less than $100,000, or a single-family home for around $350,000.