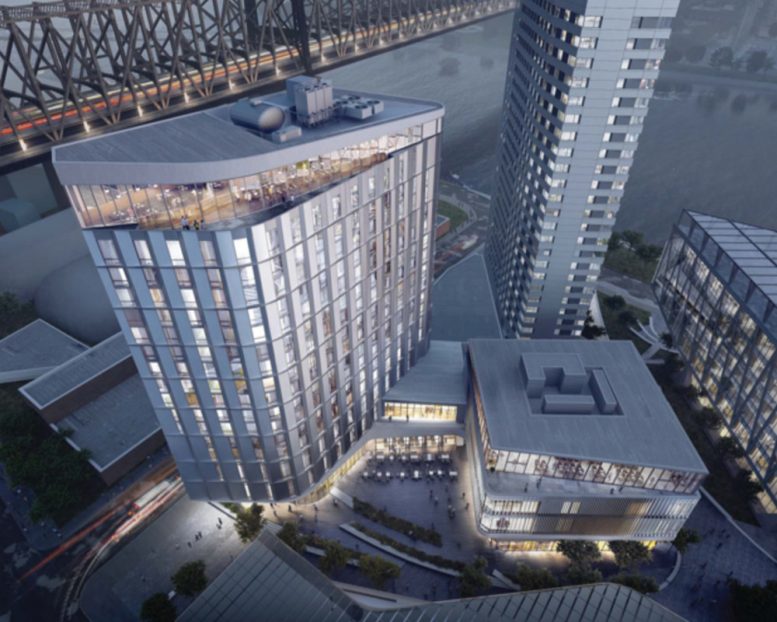 Now that construction is wrapping up on the first phase of Cornell Tech‘s Roosevelt Island campus, and opening is expected in the summer of 2017, per Crain’s, officials are moving ahead with additional pieces of the master plan. Plans were recently presented to Community Board 8 for the Executive Education Center and Hotel, DNAinfo reported.

The building will include four 50- to 75-seat classrooms and a 195-key hotel. The hotel will feature a restaurant and a café, and the education center will have conference rooms and a buffet lounge. The two components will be connected by a main hall. The plans must be approved by the Public Design Commission, among other city agencies.

Hudson Companies, Related Companies, and Forest City Ratner Companies are all taking development roles in the overall project, while Morphosis Architecture, Weiss/Manfredi Architecture, and Snøhetta are taking parts in the design process. Skidmore, Owings & Merrill is the master planner.