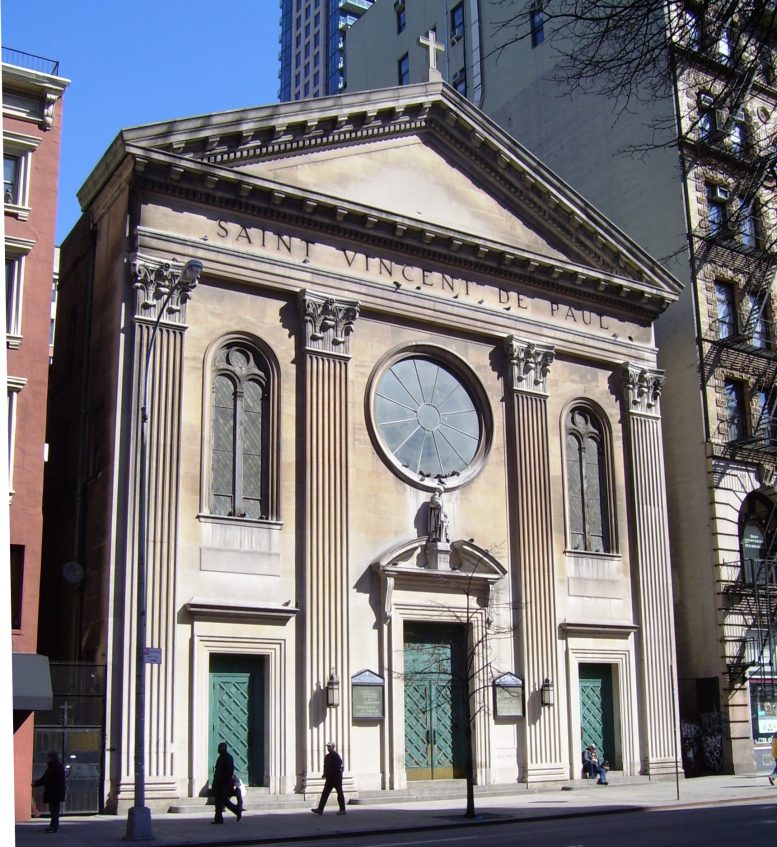 JHG Holdings has acquired, for $50.4 million, the Parish of St. Vincent de Paul at 123 West 23rd Street and the four-story tenement buildings at 116-120 West 24th Street, in Chelsea. The developer also owns the four-story hotel at 131 West 23rd Street, The Real Deal reported. The assemblage’s footprint measures 17,968 square feet and plans are already on file for a 35-story residential-hotel project.

It’s unclear if the JHG Holdings plans to move forward with these plans, but the mixed-use project would include 246 hotel rooms and 29 residential units. The units would average 2,351 square feet apiece, and retail and restaurant space would be located on the ground floor. Stonehill & Taylor Architects is the architect of record. Demolition permits were filed in 2015 for 131 West 23rd Street.