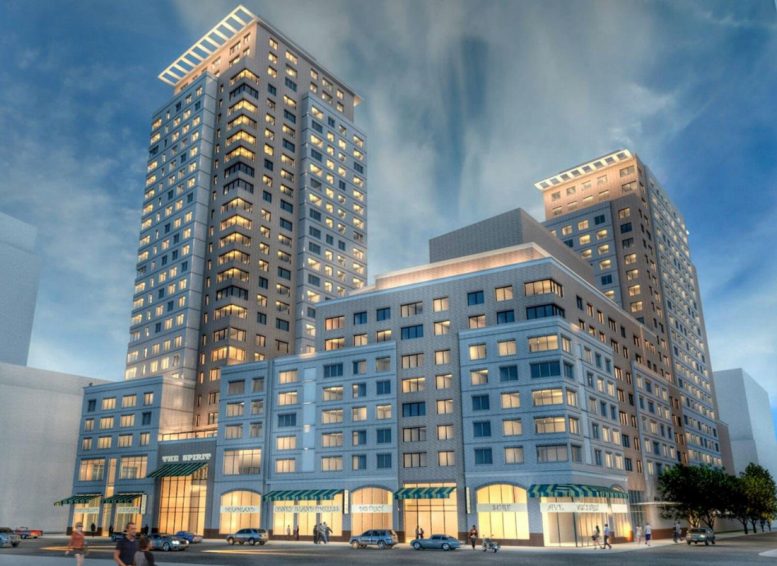 A rendering has been revealed of the nine-story, 135-unit mixed-use building planned at 3003 West 21st Street (a.k.a. 2002 Surf Avenue), on Coney Island. Addition details have also emerged since new building applications were filed in April. The 118,743-square-foot structure will contain a mix of affordable and supportive housing, with 53 apartments to be rented at below-market rates through the affordable housing lottery, and 82 apartments to house homeless veterans. The units will all be one-bedrooms and should average 733 square feet apiece. There will also be 7,815 square feet of ground-floor retail space. Long Island-based Concern for Independent Living and Georgica Green Ventures are the developers. The Stephen B. Jacobs Group is the architect and completion is expected in 2018.

The rendering also depicts plans for three more buildings, two of which are high-rise towers. New building applications haven’t been filed for those. The entire complex, which will eventually also contain market-rate apartments, has been dubbed Surf Vets Place.