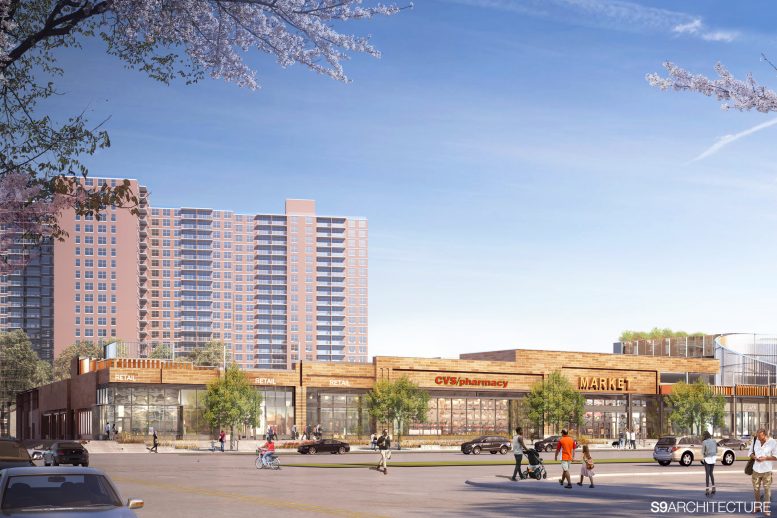 An updated rendering has been revealed for the phase two retail portion of Neptune/Sixth, a multi-building, mixed-use development located at 532 Neptune Avenue and 626 Sheepshead Bay Road, in Coney Island. The first phase, now under construction, consists of a seven-story, 161,000-square-foot mixed-use commercial building. The second phase of the project will be a single-story, 90,000-square-foot retail building. CVS Pharmacy recently signed a lease for 11,300 square feet in the building and construction is set to begin later this fall.

The retail building will eventually be joined by a 41-story, 430-unit residential tower in the project’s third phase. The latest building permits indicate the second and third phases will encompass 752,880 square feet. There will be 146,411 square feet of commercial-retail across three levels. The residential units in the tower should average 1,189 square feet apiece, a size that likely indicates condominiums.

Cammeby’s International is the developer. S9 Architecture is the design architect and SLCE Architects is the executive architect. Completion on phase one is expected in mid-2017, although projected completion dates for the other two phases have not been disclosed.