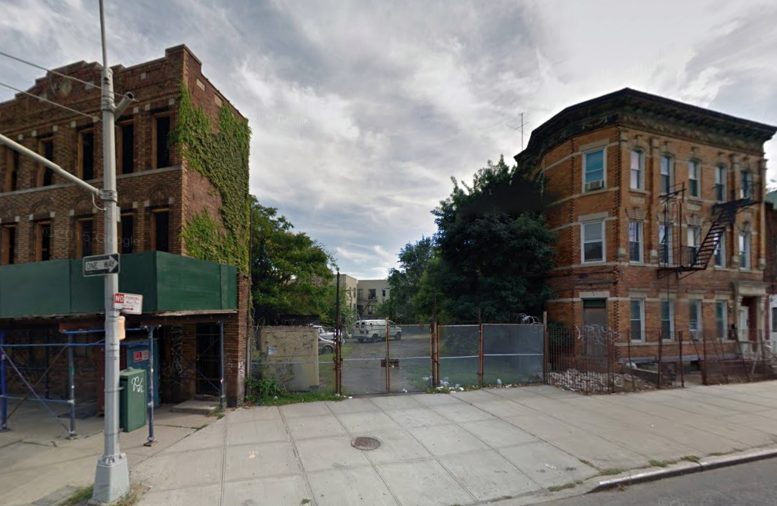 Yesterday, we told you about a hotel coming to a commercially zoned patch of western Crown Heights. Now, YIMBY has spotted plans for another hotel in the midst of a residential area, but this one is headed for the border between Ocean Hill and Brownsville in eastern Brooklyn.

Developer Nehalkumar Gandhi has filed building applications for a six-story hotel at 1668 Eastern Parkway, at the corner of Prospect Place. The building would hold 72 rooms across only 22,985 square feet, for an average room measuring 319 square feet.

There would be seven hotel rooms in the cellar (along with a breakfast area), nine on the first floor, 12 on the second floor, and 11 rooms on each of the remaining stories. The project will also include a parking lot with space for 11 cars.

Just like yesterday’s hotel at Bedford Avenue and Eastern Parkway, this property is zoned C8. This heavy commercial zoning is low density and was created for parking lots, gas stations, and car repair shops. But in an increasingly car-free city, these businesses aren’t needed much anymore, especially in lower-income neighborhoods where few residents own cars. Yet the C8 zoning remains in place throughout the city, including along the soon-to-be-rezoned Jerome Avenue in the Bronx.

Housing can’t be developed on lots with C8 zoning. What typically does get built is hotels, office buildings, or medical facilities. Roughly two blocks on the southern side of Eastern Parkway are zoned this way, and they are dotted with vacant lots. One new building has been constructed here in recent years—a four-story office building finished in 2005. Otherwise, small, century-old apartment buildings occupy these blocks, along with a handful of churches.

Much like East New York next door, this area would be a strong candidate for rezoning.