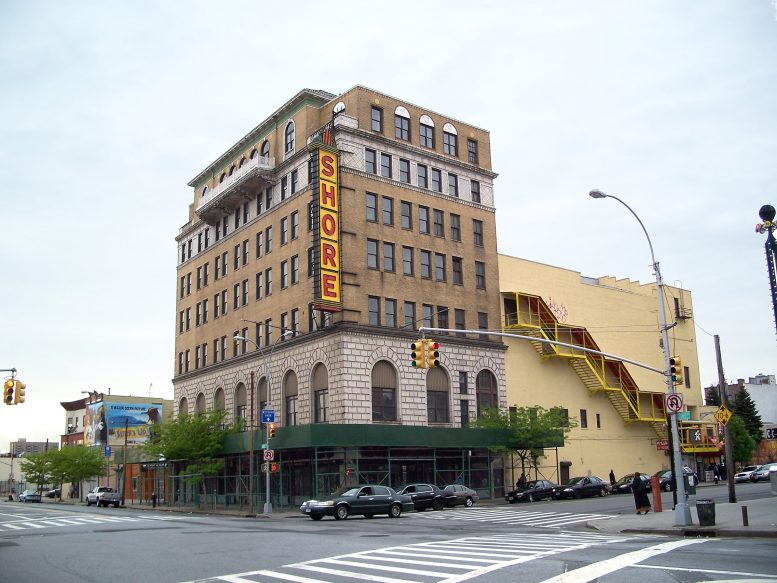 The first preliminary renderings have been revealed of the planned mixed-use commercial conversion of the eight-story, 115,000-square-foot Coney Island Theater Building (a.k.a. Shore Theater), an individual landmark at 1301 Surf Avenue, located on the corner of Stillwell Avenue on Coney Island. PYE Properties currently plans to transform the property into retail space and a hotel, while restoring the existing theater, which has been rapidly deteriorating, to an entertainment venue, Brooklyn Daily reported. Office and community space may also be included, depending on the tenants that show interest. Alteration permits haven’t yet been filed with the Buildings Department. Since the building is a landmark, the Landmarks Preservation Commission must approved any exterior alterations. PYE acquired the Shore Theater in January for $20 million. The Coney Island-Stillwell Avenue stop on the D/F and N/Q trains is across the street.