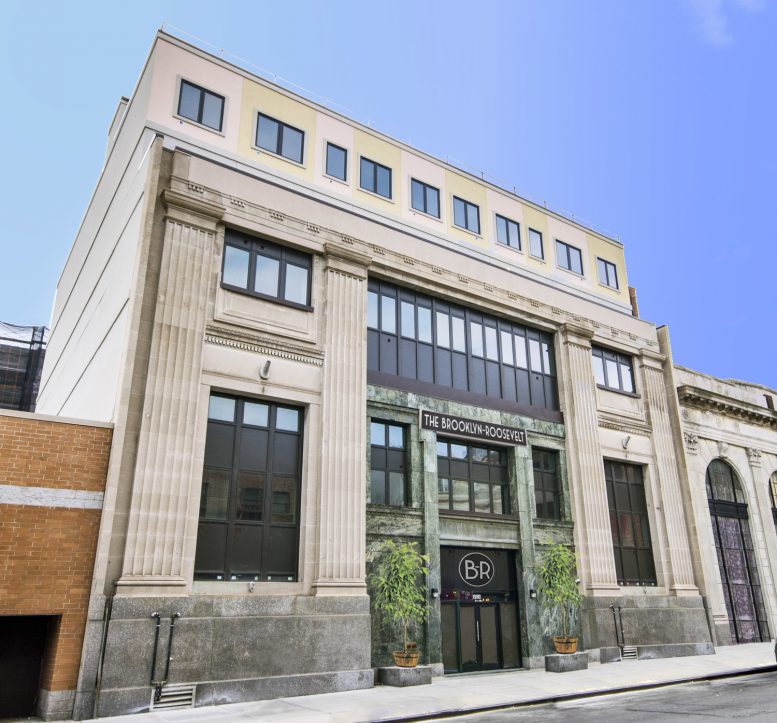 Back in October of 2014, construction was underway to convert the single-story Roosevelt Savings Bank building at 1024 Gates Avenue, in far-northern Ocean Hill, into a six-story, 50-unit residential building. Four floors were added to the interior of the existing bank building, at which point the structure received a single-story vertical expansion (its sixth floor). Now, construction has entirely wrapped up. Dubbed the Brooklyn-Roosevelt, leasing is underway for some of its studios and one-bedrooms, Curbed NY reported. The units, averaging 699 square feet apiece, are rental apartments, and amenities include a café, a fitness center, laundry facilities, bike storage, a lounge/club, a yoga room, a 12-seat movie theater, and on-site parking. Kai Management is the developer, while Queens-based NuAn Design Corporation is behind the architecture. Occupancy is expected in June and July, although some of the amenities won’t be ready until the fall.