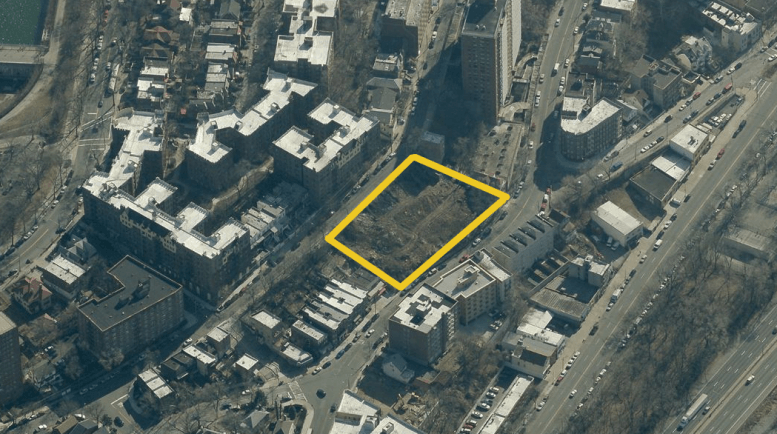 The Stagg Group has become one of the Bronx’s most prolific developers, with projects stretching from the East Bronx up to Riverdale. And their latest new building is now in the works at 3469 Cannon Place in Kingsbridge Heights, between the Jerome Park Reservoir and the Major Deegan Expressway.

The five-story development will have 121 apartments spread across 81,530 square feet of residential space, yielding a fairly small, rental-sized average unit of 673 square feet. Twenty percent of the apartments will rent below market-rate, because the developer plans to take advantage of the current 421-a exemption. Apartments will be mostly one-bedrooms, with some two-bedrooms and studios.

The cellar levels and first floor will also hold 16,346 square feet of medical offices. Stagg has set aside 4,600 square feet in subcellars for amenity spaces—likely a gym and lounges.

There will be a 73-space parking garage underground, which is slightly more than residential zoning requires, but medical facilities often call for more parking.

Just like all of Stagg’s projects, Mount Vernon-based Badaly Architects will be responsible for the design.

Most of the developer’s new projects have been concentrated along the west side of the Bronx, from a 44-unit building in Highbridge to a 94-unit market-rate building near the elevated 1 train tracks in Kingsbridge, only a few blocks west of Cannon Place.

The Purchase, N.Y.-based builder bought the 30,000-square-foot site last December for $3,500,000, for just $38 per buildable square foot. After Stagg acquired the property, concerned neighbors told the Riverdale Press “blasting may be required” to excavate the bedrock at the site, which could affect the stability of a building next door. The lot also stretches down a steep hill between Cannon Place and Fort Independence Street, and the slope will create some engineering challenges.

The parking lot and main entrance to the building will be located on the Fort Independence Street side, to make the building more accessible for commuters coming from the 1 train or the buses on the other side of the Major Deegan Expressway.

Back in 2011, another developer filed plans for a seven-story, 93-unit development on the lot, but the project never got off the ground. However, the architects, Marvin Meltzer Housing Studio, still have renderings of the planned building on their website. Permits Filed for 2835 Sedgwick Avenue in Kingsbridge, The Bronx

Permits Filed for 3029 Godwin Terrace in Kingsbridge, The Bronx