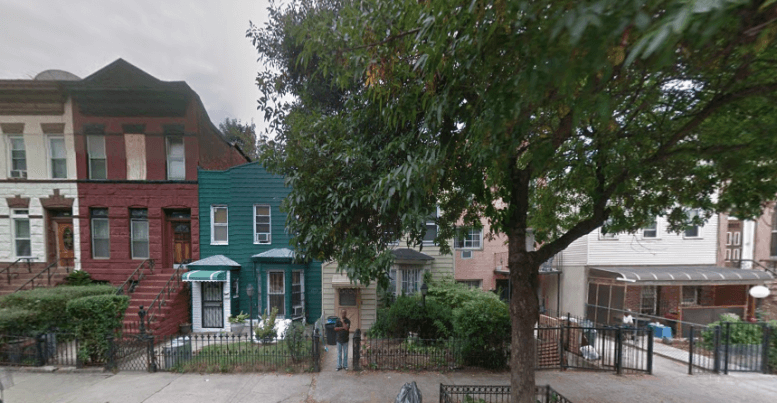 Most of Bed-Stuy’s vinyl-clad 19th century wood frames aren’t long for this world, and soon, two more will meet the wrecking ball. Today, new building applications were filed for a small residential development at 299 Van Buren Street in Bed-Stuy, between Lafayette and Stuyvesant Avenues.

The new building will rise four stories and host 10 apartments. The 10,614-square-foot building will include 7,519 square feet of residential space, for an average unit of just 751 square feet, meaning rentals are likely.

The structure will top out at 55 feet and hold two to three apartments per floor, with four duplexes spread between all four floors and the penthouse.

The developer, Bed-Stuy based Exclusive Homes New York, picked up the two 19-foot-wide lots for a combined $690,000 earlier this year, or about $90 per buildable square foot. They’ve tapped Forest Hills-based Arc Architecture and Design, headed by Robert Bianchini, to handle the design.

Demolition applications have been filed, but not yet approved, to take down the two two-story homes.

This part of Bed-Stuy is still relatively cheap compared to the rest of the neighborhood. But it’s also the least accessible, because it’s only serviced by the J train a couple blocks east at Kosciuszko Street, or the J/M/Z trains seven blocks north at Myrtle-Broadway.

EHNY is also behind a six-story, 11-unit building nearby at 253 Tompkins Avenue, as well as a six-story, six-unit development on 128th Street in East Harlem.