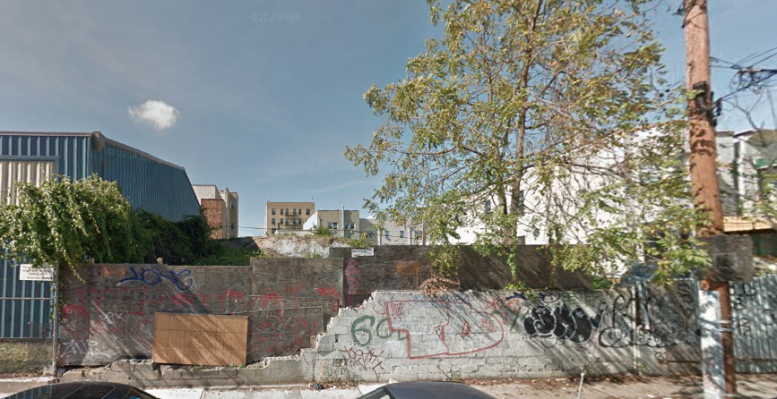 Rezonings in the South Bronx have spurred development in Morrisania, Melrose and Mott Haven, but new construction has been slow to arrive in some of the neighborhoods nearby. However, new building applications were filed over the weekend for a seven-story apartment building at 1417 Longfellow Avenue, between Jennings and Freeman Streets in Crotona Park East.

The 65-foot-tall building would have 38 apartments divided across 24,179 square feet, yielding fairly small, 636-square-foot units. The development appears to be market-rate—an encouraging economic sign for this part of the Bronx.

Apartments would begin on the second floor, with seven units on each story except for the top one, which will only have three units. The top floor would have a roof deck, and there would be a lobby and three covered parking spots on the ground floor. The Schedule A also lists an open parking lot with another eight spaces, bringing the total amount of parking spots to 11.

The city’s outdated zoning code still requires parking in developments like this one, which is only four blocks east of the Freeman Street stop on the 2/5 trains. Although City Planning has noticed that car ownership rates are quite low in poorer neighborhoods, there are no plans to phase out parking requirements for market-rate projects in areas like the South Bronx. (Community District 3, which covers Morrisania, Melrose and Crotona Park East, has a median income around $21,000 a year.) Consequently, landlords will pass the cost of building that parking onto renters.

Badaly Architects, who have worked on projects all over the Bronx, will be responsible for the design. The developer is Kim Tasher, who’s based on West 24th Street in Manhattan, and is developing another market-rate building nearby in West Farms.