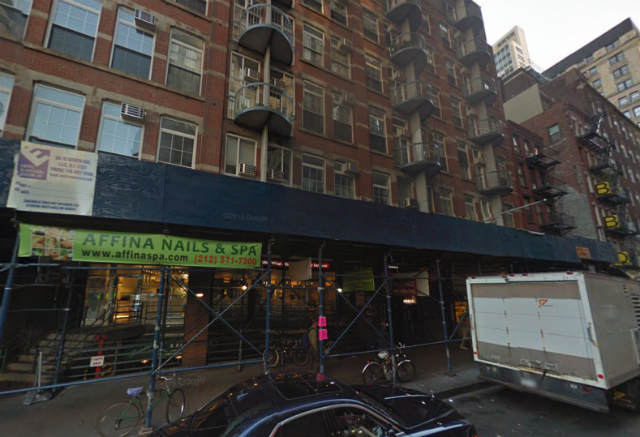 Six months ago, the Lightstone Group (of Gowanus megaproject fame) sold their site at 112-118 Fulton Street in the Financial District for $171 million, to San Francisco-based Carmel Partners.

But that doesn’t mean the developer is out of downtown. Instead, they’ve merely shifted their ambitions one block eastward, to an assemblage on (or, more precisely, around) the southeastern corner of Fulton and William streets.

There, at 130 William Street, the development firm is planning to erect a 50-story hotel and condo tower, according to plans filed with the Department of Buildings this afternoon, submitted by Goldstein, Hill & West Architects. An earlier rendering for 92 Fulton Street, part of the assemblage

The skyscraper would reach 581 feet into the air, according to the filing, and include 188 apartments – likely condos – perched above an unspecified number of hotel rooms. The first and second floors would house retail, with the third through fifth floors set aside for residential and hotel amenity spaces. The hotel rooms would start on the sixth floor and reach through to the 17th, after which a mechanical floor would buffer the short-stay rooms from the permanent apartments.

Starting on the 19th floor, we find the apartments, with six units on each level up through the 49th floor (with the 34th floor set aside for residential amenities). There would then be one final apartment on the penthouse level, taking up the whole 50th floor. In total, the 188 apartments would be spread over 236,000 square feet of residential space, for an average unit size of over 1,250 square feet, strongly hinting at condos.

The hotel and retail space, meanwhile, would total 101,000 square feet.

The assemblage sits around, but not on, the corner of Fulton and William streets, stretching from 130 William Street south of Fulton (which Lightstone acquired earlier this year for $60 million) around to Gold Street and Fulton, but does not include 138 William Street, at the corner with Fulton.

Fisher Brothers owns 92 Fulton Street in the middle of the assemblage, having bought the site last June for $10 million. This could mean that they’re a partner in the development, or that they merely intend to sell the site to Lightstone.