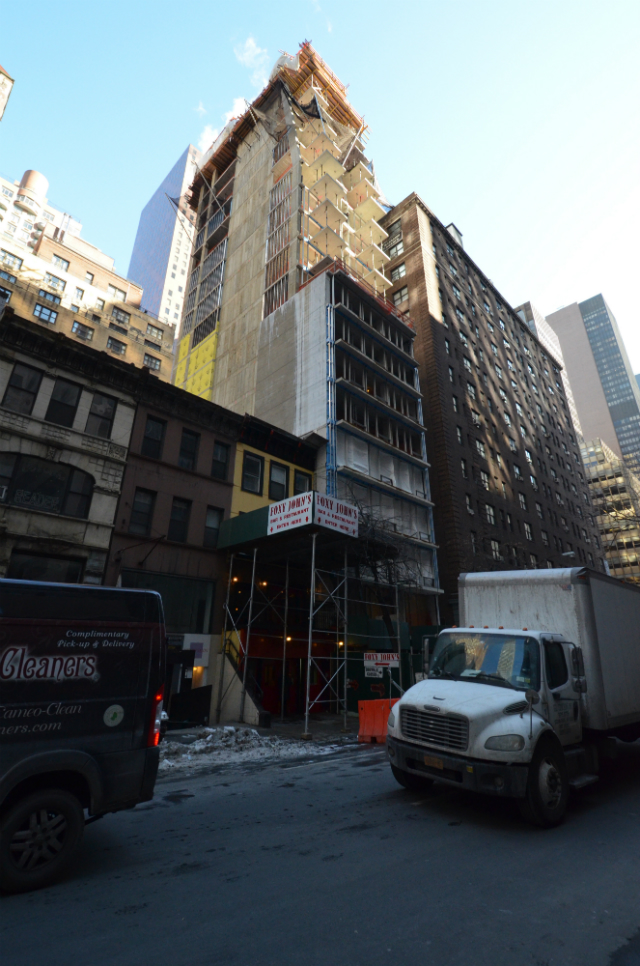 Normally, when a tall hotel rises on a 33-foot-wide lot in Midtown, the result is a distinctly unappealing budget hotel designed by Peter Poon or Gene Kaufman.

But in Midtown East, where room rates are a bit higher and design budgets a bit more generous, there’s room for something a step up in quality, as with 145 East 47th Street, a hotel under construction between Third and Lexington avenues.

It’s hard to tell from the photo, but the 22-story building looks to be nearing its full 226-foot height, but has not yet fully reached it, with the glassy façade not yet making an appearance. The design, by Damir Šehić’s C3D Architecture, fills the zoning envelope, rising about eight floors before gradually setting itself back, commensurate with sky exposure plane zoning rules.

The building will have 93 hotel rooms divided over a bit more than 38,000 square feet of commercial space, which also includes room for an eating and drinking establishment on the ground floor. The hotel will have between four and six rooms per floor up until the 19th, with a 1,600-square foot residential apartment crowning the structure.