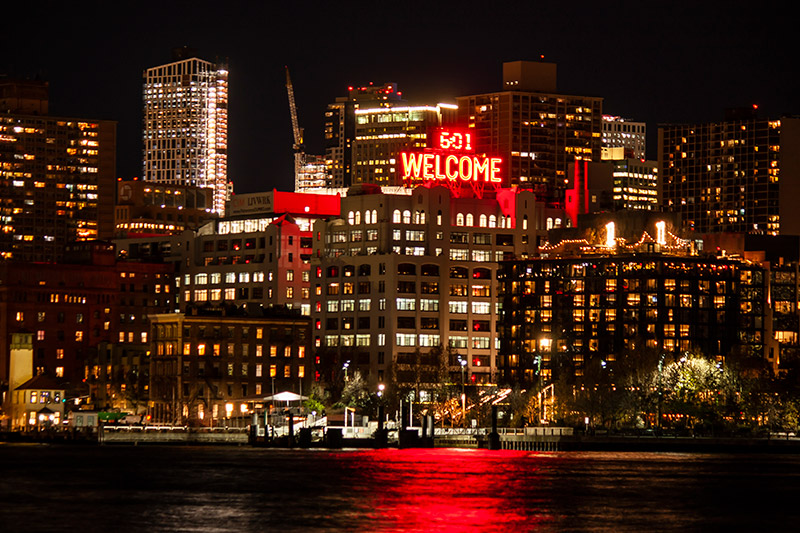 A crowning “Welcome” at 30 Columbia Heights, better known as Panorama, is now in full view above the Brooklyn Heights waterfront. The new sign replaces the iconic Watchtower sign that stood as a signifier of the now-removed Jehovah’s Witness headquarters that formerly occupied the building. 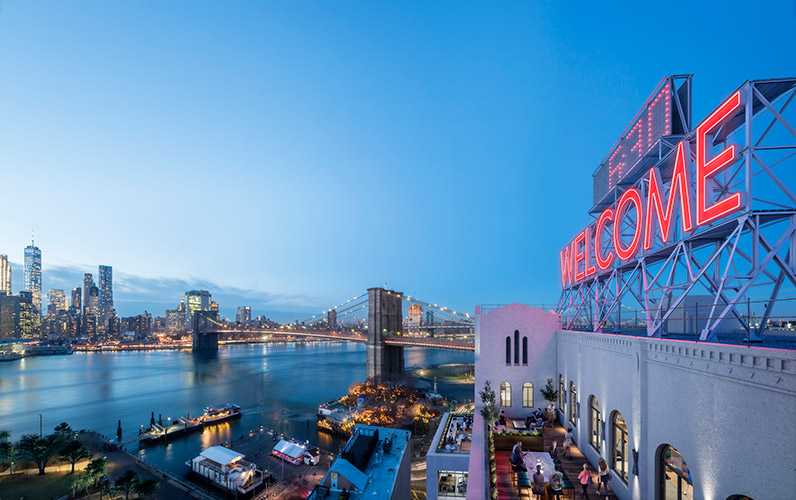 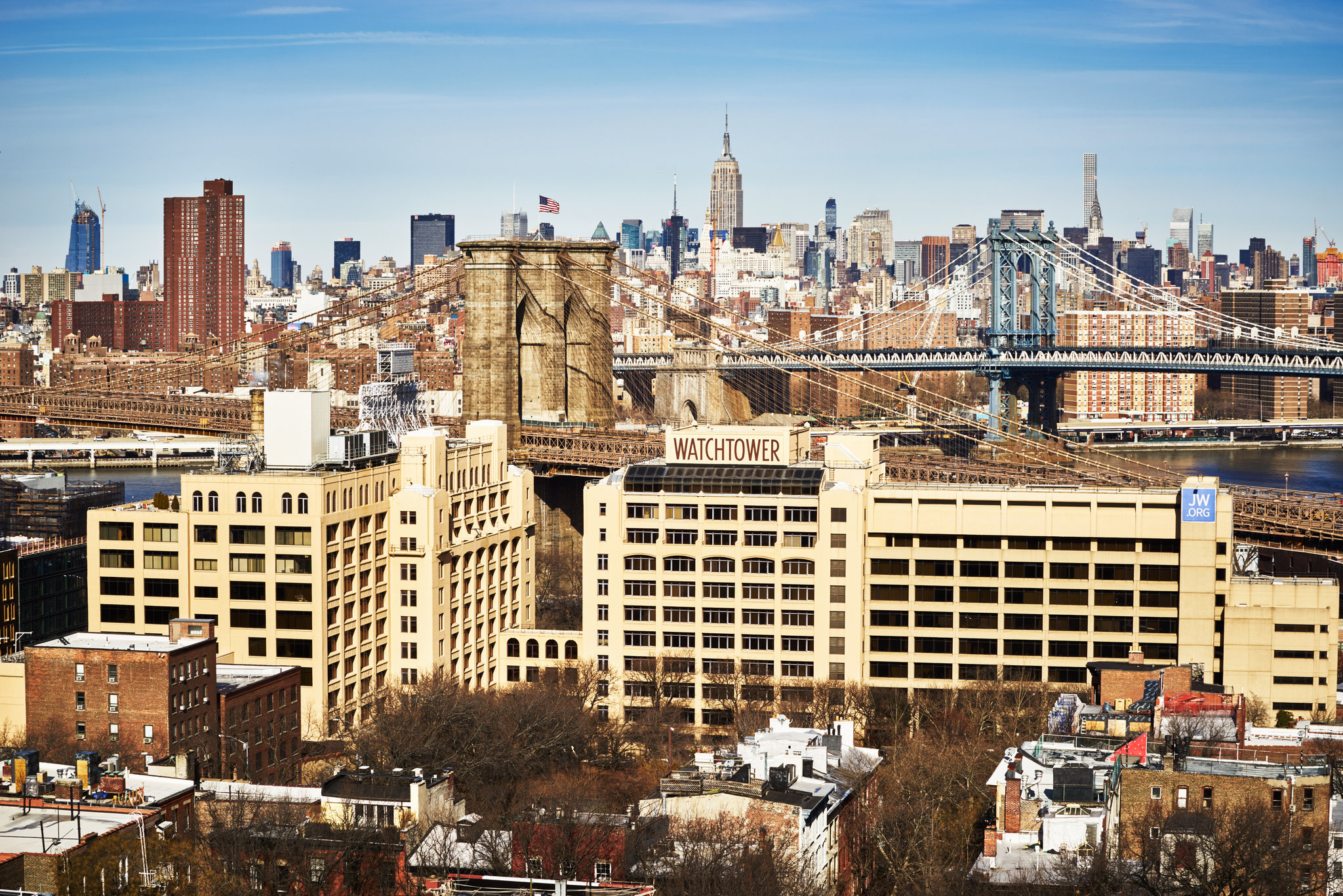 Over the spring, a team of developers entered into contract to acquire, from the Jehovah’s Witnesses, the 11-story, 739,000-square-foot commercial complex known as the Watchtower, at 25-30 Columbia Heights, in Brooklyn Heights. The team – now a joint venture between the Kushner Companies, CIM Group, and LIVWRK – have closed on the purchase for roughly $340 million, Commercial Observer reported. The new owners plan to convert the complex into creative office space, likely similar to how some of the same developers transformed the five-building complex now dubbed DUMBO Heights. The redevelopment is expected to begin within a year. In addition to the acquisition of 25-30 Columbia Heights, the same partnership is remains in contract to buy the vacant, block-encompassing development site at 85 Jay Street, in DUMBO.

RFR Holding, LIVWRK, and Kushner Companies are preparing to enter into contract to purchase the 11-story, 733,000-square-foot office complex at 25-30 Columbia Heights, in Brooklyn Heights, in addition to the vacant full-block, 135,000-square-foot development site at 85 Jay Street, in DUMBO, from the Jehovah’s Witnesses. The team of developers are paying $700 million for the properties, according to the New York Post. 25-30 Columbia Heights, which is commonly called the “Watchtower,” is the organization’s current headquarters. It could possibly be turned into a commercial hub, similar to how the same developers converted the former Jehovah’s Witnesses properties at 81 Prospect Street into offices back in 2014. As for 85 Jay Street, the site has been long approved for roughly 1.1 million square feet of development. That’s as many as 700 to 1,000 residential units, which could boost the neighborhood’s population by a third, Brownstoner reported a few months ago.