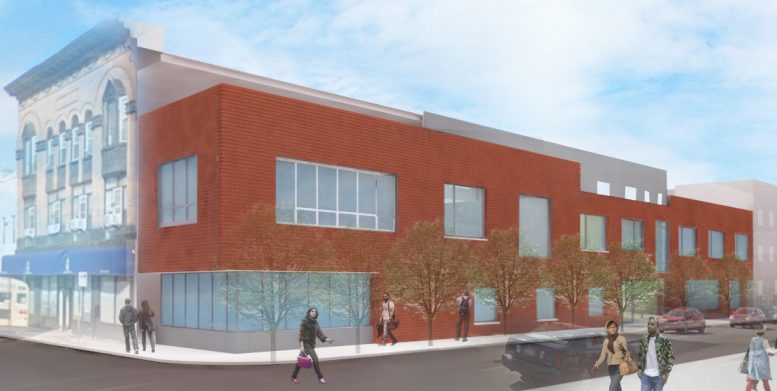 The Institute for Community Living is planning to build a two-story, 44,600-square-foot medical office building at 2587 Atlantic Avenue, on the corner of Georgia Avenue in East New York, located a block from the Alabama Avenue stop on the J/Z trains. The nonprofit is expected to establish nine programs at the location, including mental health programs, social services, and care coordination. In addition, Community Healthcare Network, another nonprofit, is expected to provide primary care services in 5,100 square feet of the space, according to Crain’s. Dattner Architects is designing and completion is expected in 2018. Dattner is also working on ICL’s project in Crown Heights. As for this project, it is being built adjacent to ICL’s mental health clinic at 2581 Atlantic Avenue. The development assemblage include the three-story mixed-use building at 2587 Atlantic Avenue, the Georgia Avenue-facing end of 2581 Atlantic Avenue, and a two-story, two-family house at 40 Georgia Avenue.