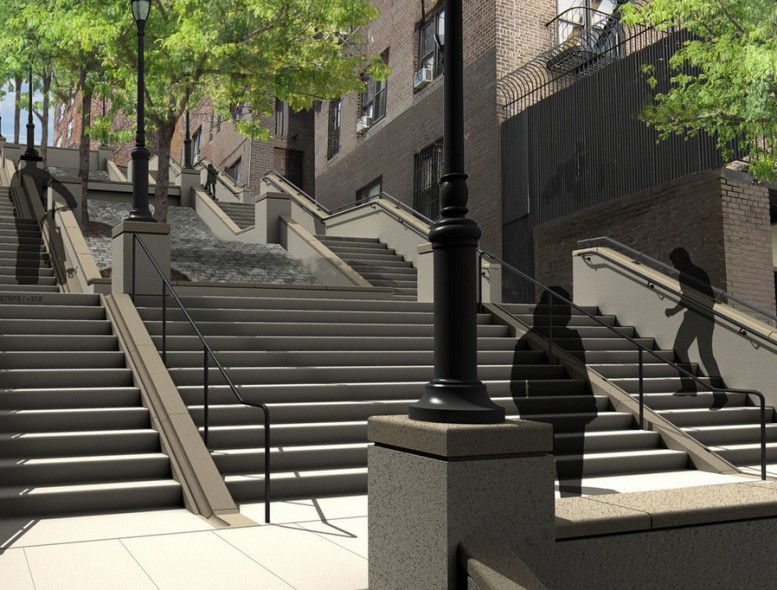 The newly redesigned and constructed 215th Street staircase in Inwood – which connects pedestrians at Park Terrace East to Broadway and West 215th Street, sitting 50 feet below – is expected to open today after two years of construction. According to Curbed NY, WXY Studios designed the staircase, which is essentially being treated like public park space. The passageway features new vegetation, cobblestone paths, new stairs, and a bike channel. Two lampposts from the original staircase, built in 1911, were incorporated into the renovations since they’re designated city landmarks. The city’s Department of Design and Construction was behind the project. 2015 construction on 215th Street staircase, photo via My Inwood

Permits Filed for High Rise at 4650 Broadway in Inwood, Manhattan