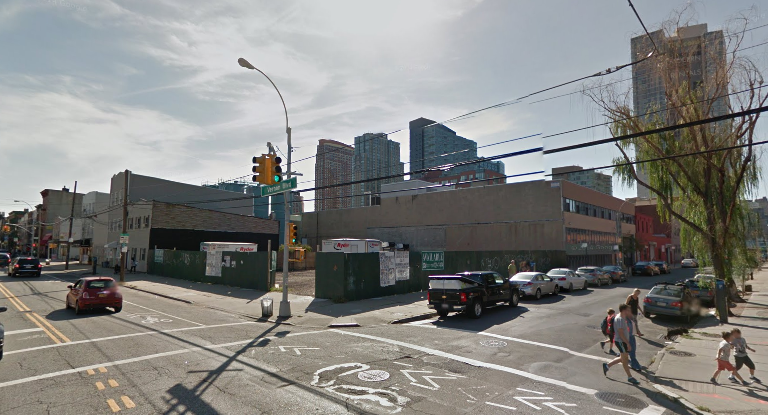 Glassy towers have begun to crowd Long Island City’s skyline, but small, mixed-use developments are alive and well in the former industrial waterfront neighborhood. New building applications were filed today to erect a seven-story residential building at 46-02 Vernon Boulevard, on the corner of 46th Avenue in Hunters Point.

The 70-foot-tall development will fill a vacant lot in a relatively low-slung area west of Court Square, where three-story brick row houses and auto shops still populate the streets. There will be 24 apartments stacked on top of 7,200 square feet of retail. Those apartments will be divided across 21,646 square feet of residential space, yielding average units measuring 900 square feet.

The commercial space will fill the ground floor and cellar, topped by four units each on the second through seventh floors.

Also, a subterranean garage will have parking for 12 cars—the minimum a developer can build under the zoning code. Residents will also have access to a roof deck and 12 bike storage spots.

Empire Transit Mix, a ready mix concrete supplier based in Maspeth, is developing the property, and they’ve tapped Williamsburg-based architect Philip Toscano to design the building.

The concrete company acquired the 10,000-square-foot lot back in 2008 and demolished a single-story garage there two years ago.