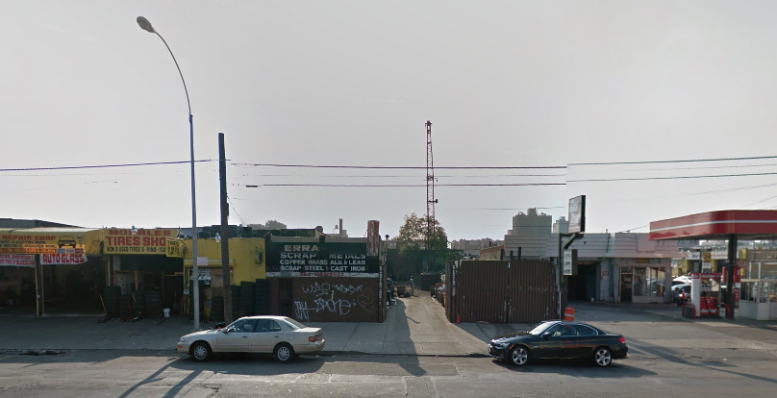 The industrial no man’s land between Long Island City and Astoria has suddenly become a hotbed of hotel development, and now we can add another project to the list. Developer Talwinder Parmar wants to erect a 13-story hotel at 37-35 21st Street, between 37th and 38th Avenues.

New building applicants filed yesterday reveal that the building will have 96 rooms spread over 32,351 square feet of commercial space. The first floor will have a lobby and breakfast area, and the remaining 12 floors will hold eight rooms each.

The plans don’t call for any parking, contrary to zoning requirements. But the developer could choose to include a parking lot that isn’t on the permits.

Jamaica-based architect Manish Savani will be responsible for the design, and developer Talwinder Parmar is doing business under an LLC based in Glen Oaks, Queens.

The 6,500-square-foot property last changed hands for $2,900,000 in April. A scrap metal business and a single-story warehouse currently occupies the lot, and demolition applications have already been filed to take it down.

A few other hotels are already in the works for the industrial zone sandwiched between Ravenswood Houses, Queensbridge Houses and the elevated N/Q tracks. Last week, YIMBY revealed an eight-story hotel at 38-04 11th Street, and developer Jannat Hospitality Group filed plans for a 175-key hotel at 12-02 37th Avenue in July.