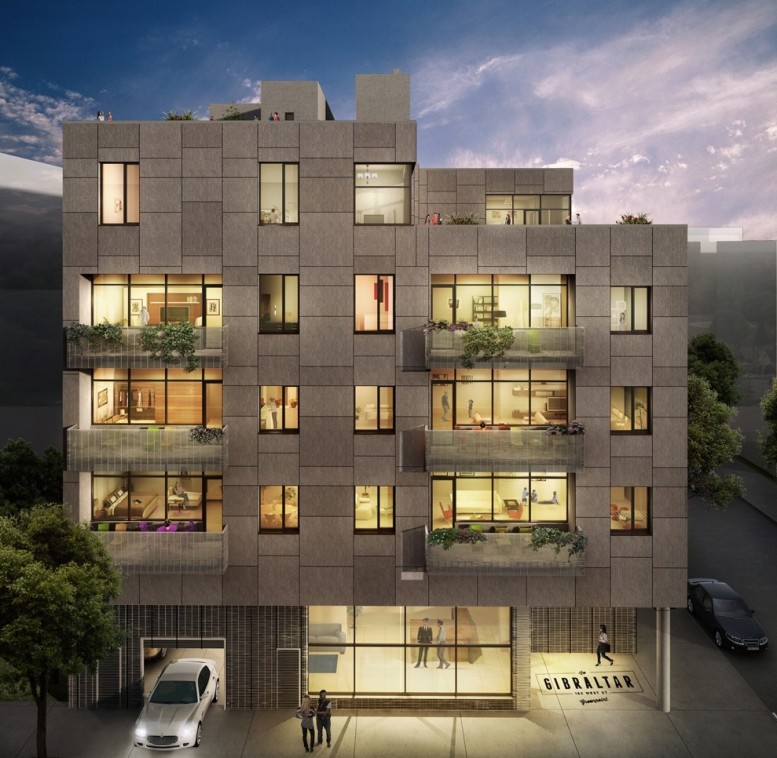 Greenpoint’s current construction boom will soon yield a forest of new towers along the waterfront, but the neighborhood’s smaller infill development has also been significant. One such project in the latter category is 160 West Street, aka The Gibraltar, which has progressed quickly through the development pipeline, with permits first filed back in September of 2014. Early renderings were revealed by YIMBY in April, followed by a better look in June, and now we have interior images for the building.

Saddle Rock Equities is developing the project, and Joe Eisner, of Eisner Design, is the architect. Per the developer, 14 condominiums will span 20,000 square feet, averaging over 1,400 square feet apiece, and Ryan Serhant is the broker. 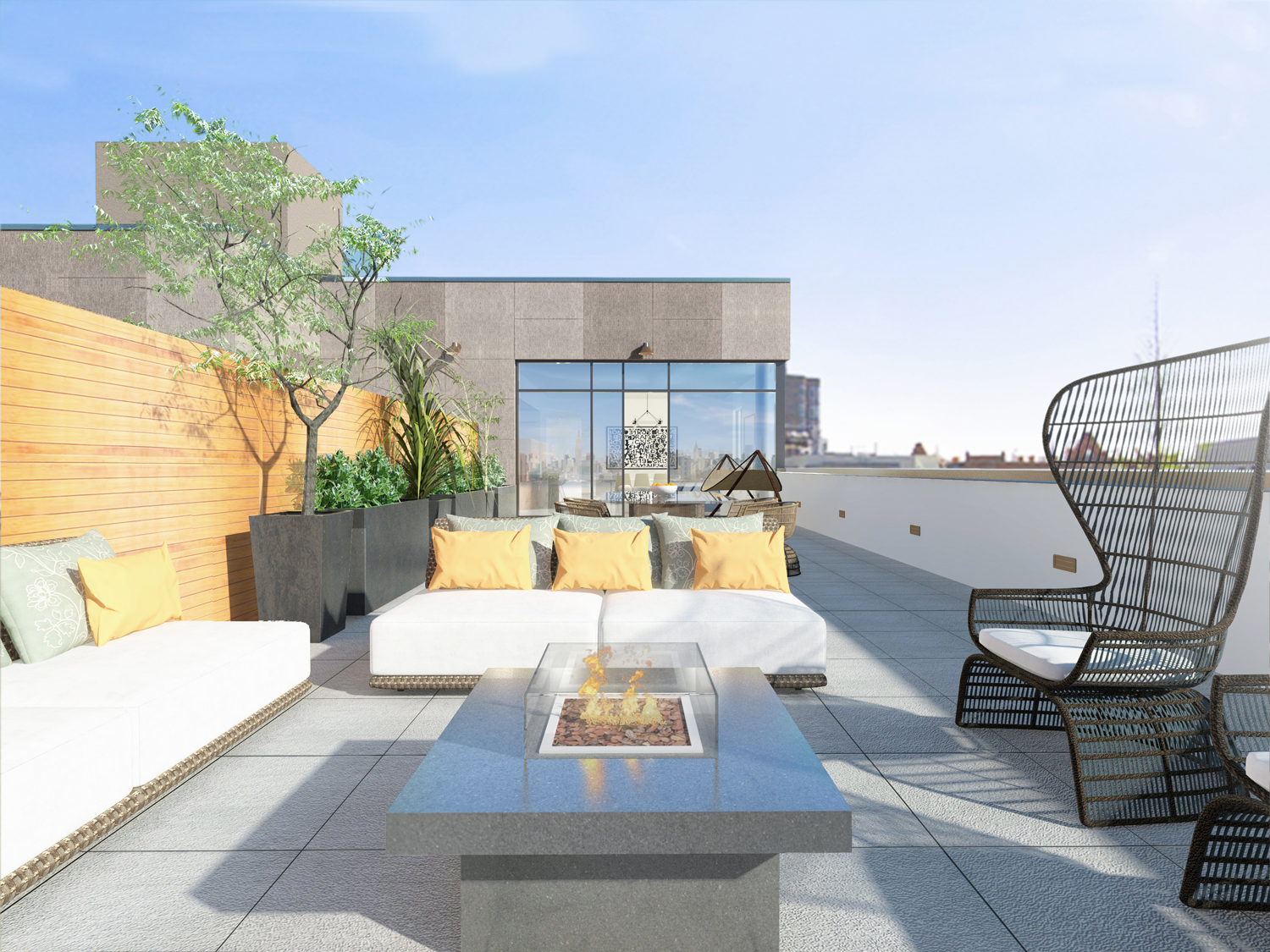 The unit mix will include one and two-bedrooms in loft layouts. Renderings depict open floorplans and the images also show future views over the East River, which are sure to change rapidly as both Greenpoint Landing and the Commercial Street towers begin to rise. 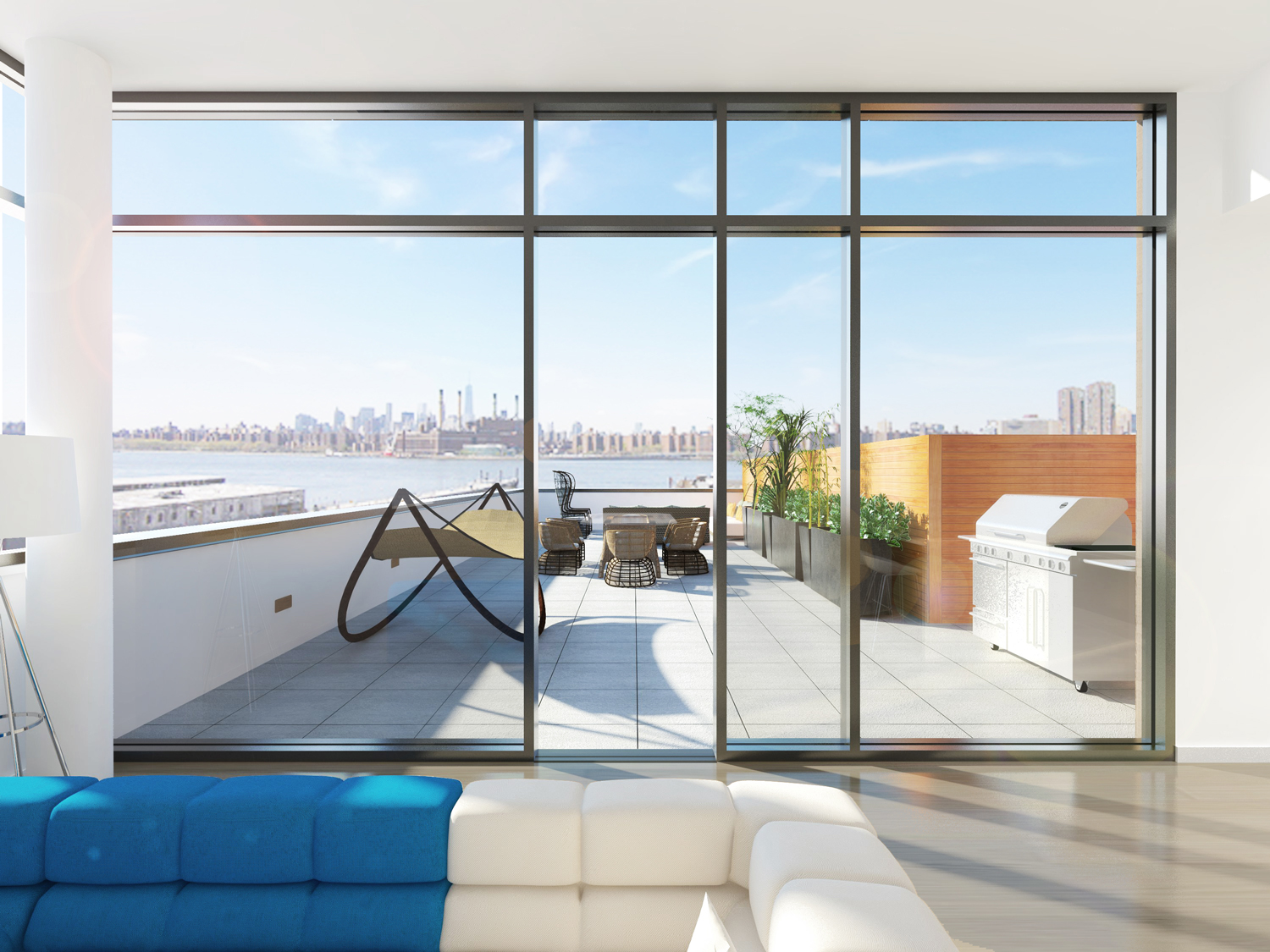 Evidently both of the sixth floor units will extend to their own private roof decks up top, as well.

The building is rising one block in from the waterfront, and the flood zone designation means that the mechanicals will be located on the second story. The first floor will hold the lobby, eight parking spots, and bike storage. 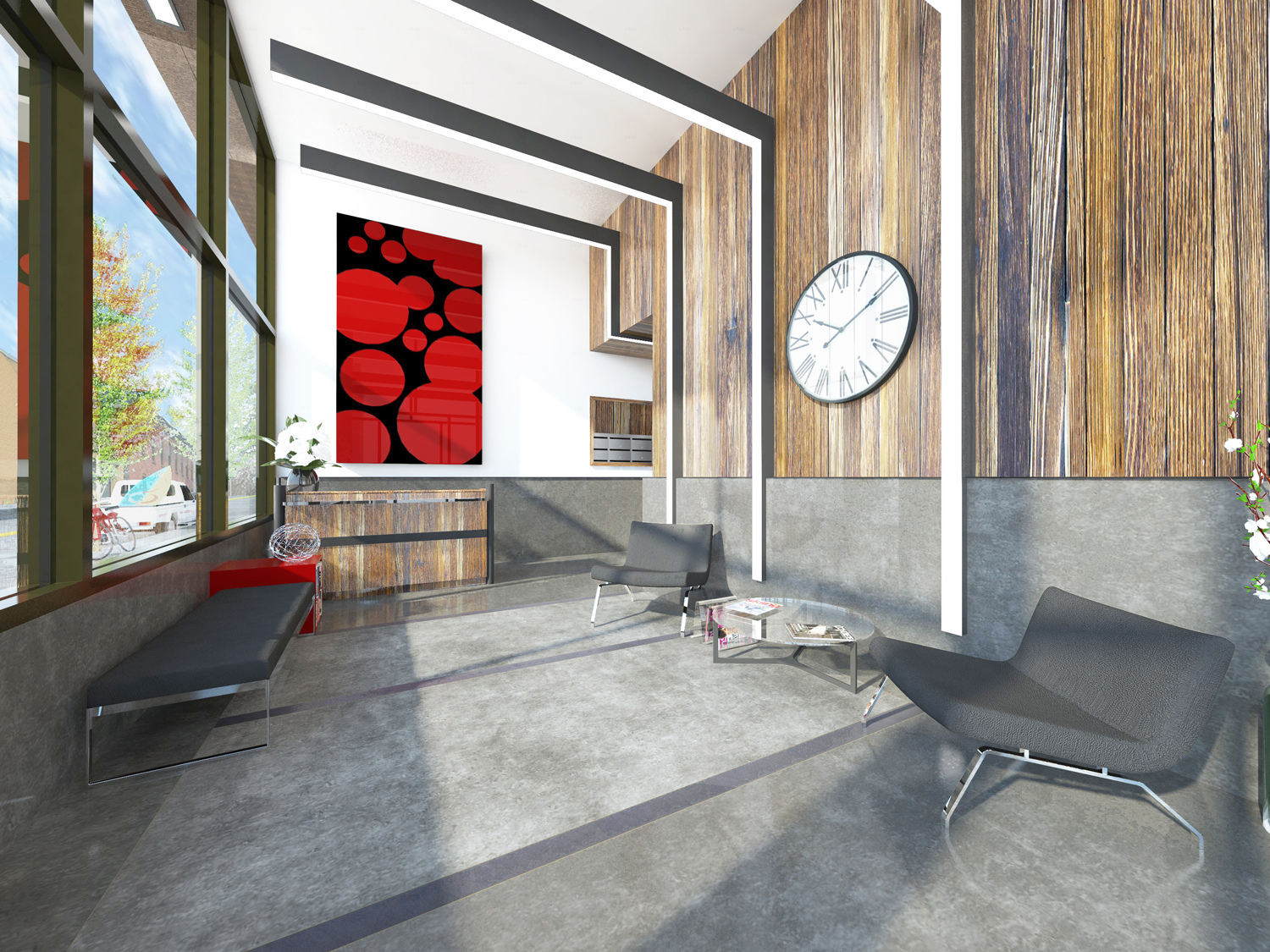 Since the last update on 160 West Street, YIMBY revealed its future neighbor as well, coming to 170 West Street. That building will be almost identical in scale and scope, also standing six stories tall, and holding 15 units across almost 23,000 square feet of space.

Completion of The Gibraltar is currently expected in 2016. 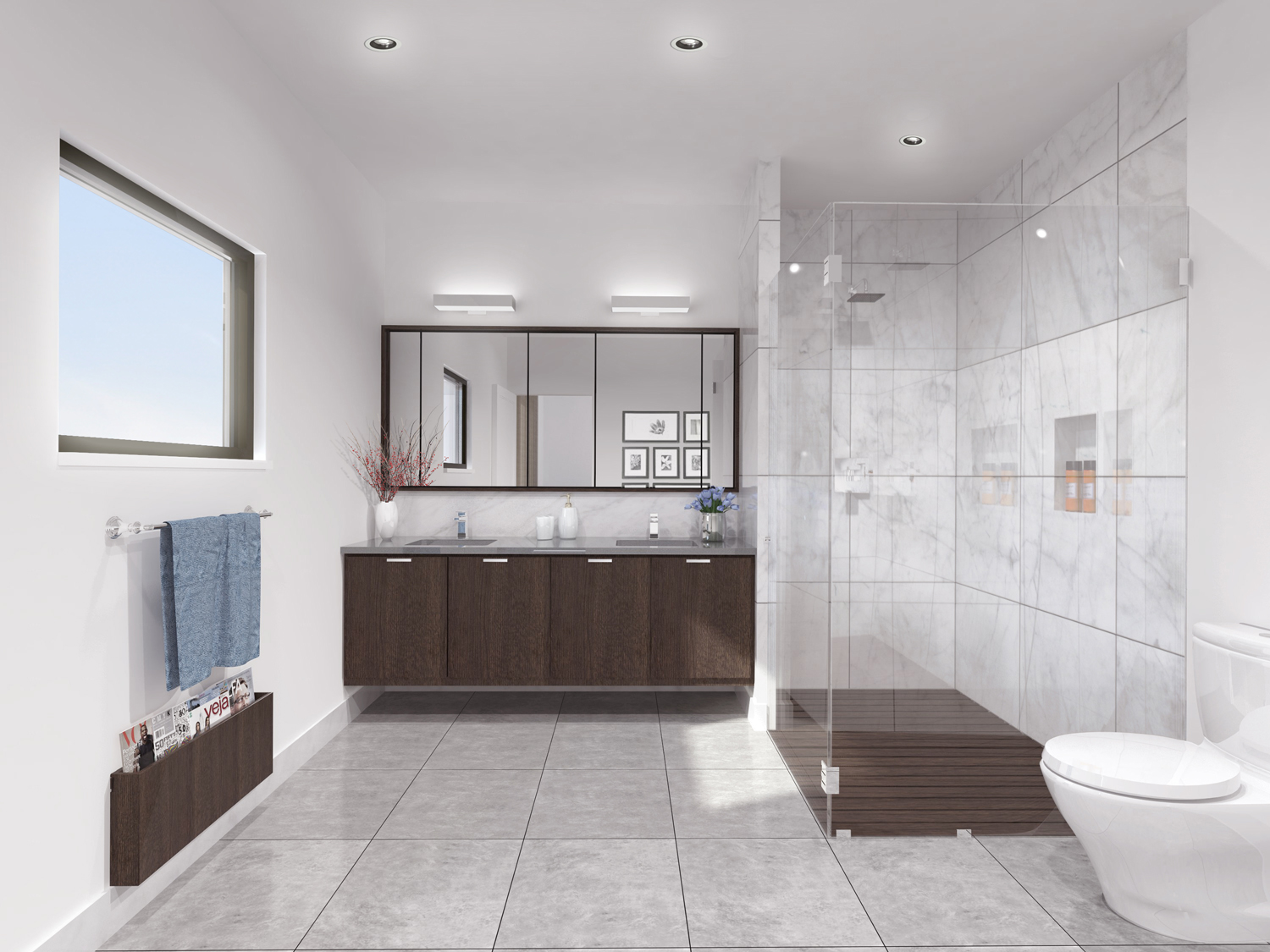 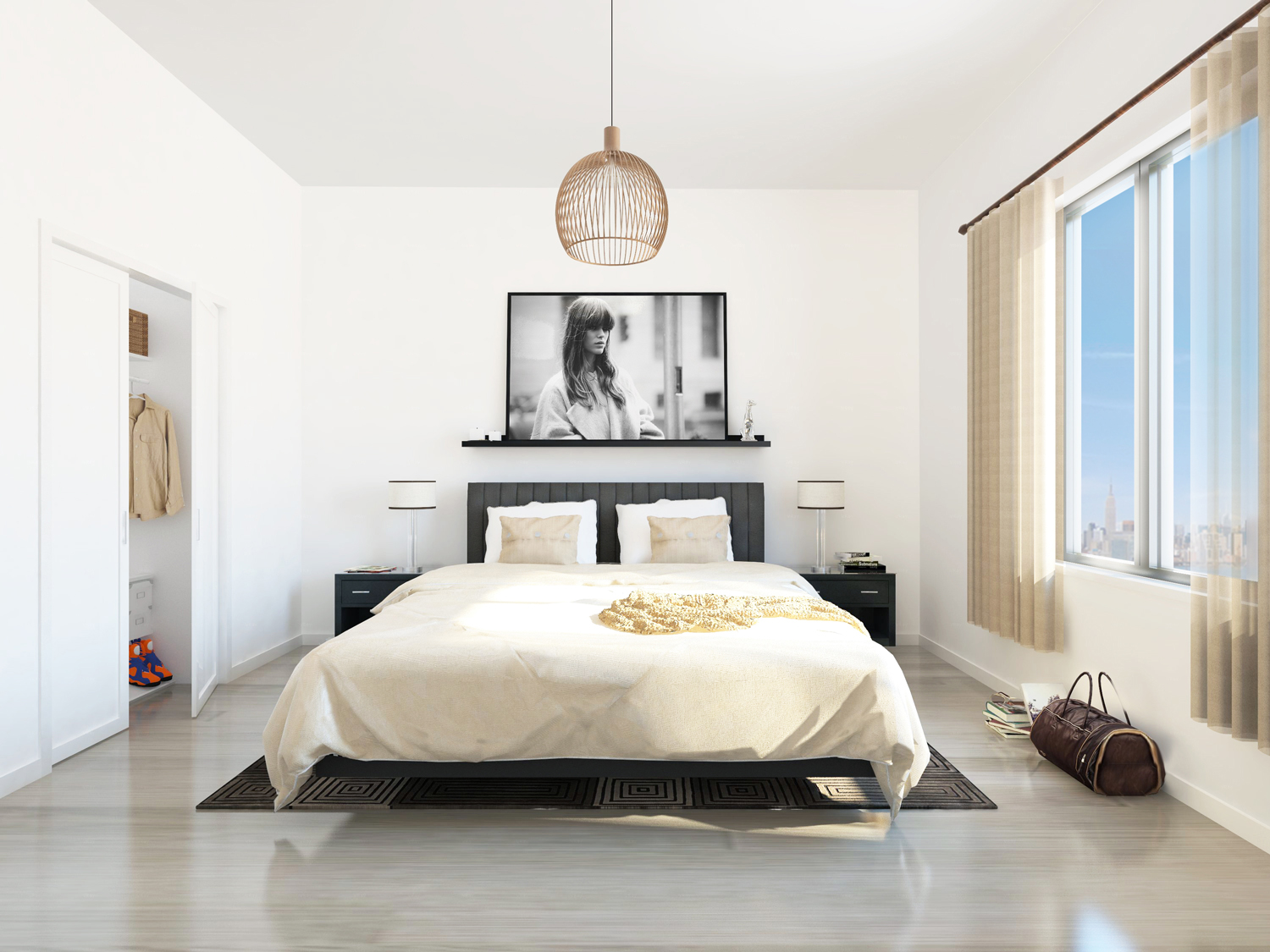 Leasing Launches for The West at 144 West Street in Greenpoint, Brooklyn