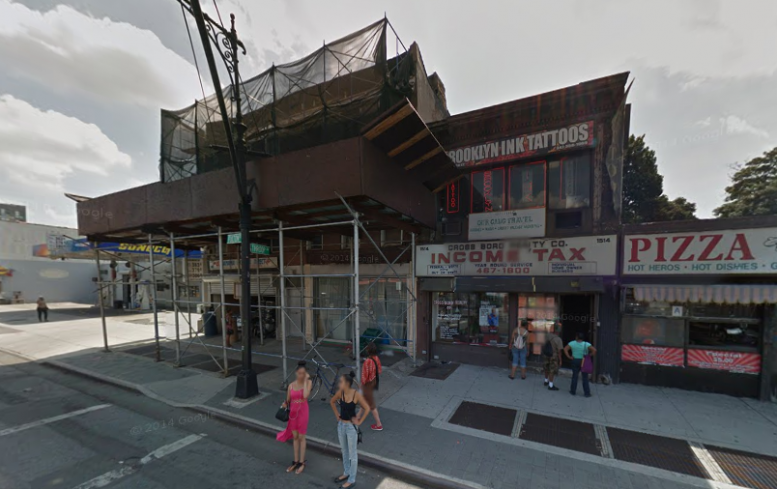 A rather sad little three-story storefront with apartments above it has been neglected for years at 1516 Fulton Street, on the corner of Throop Avenue and across the street from the entrance to the C train. But a new owner has taken over the site and plans to expand it to an eight-story apartment building.

The renovated structure will gain nearly 10,000 square feet of space, growing from 6,970 square feet to 16,636 square feet, according to an alteration permit filed last week. The 1,400 square feet of ground floor retail will remain, topped by four apartments per floor on the second through sixth stories. Only two apartments will occupy the seventh story, and the eighth floor will have a single penthouse.

Ultimately, it will have 23 apartments divided across only 15,225 square feet of residential space. The average unit will measure 661 square feet—about as small as the building code allows.

Michael Avramides Architects applied for the permit, and filings list Joel Fried of Fulton Terrace Group as the developer.

Over the last decade, 1516 Fulton Street has racked up an impressive list of liens, vacate orders and code violations, and the property finally sold in a foreclosure auction earlier this year. Fulton Terrace Group shelled out $2,400,000 for the 4,000-square-foot site, or $142 per buildable square foot.

The developer is maxing out the lot’s allowed density, and they’re sidestepping the city’s parking requirements by filing the project as an alteration rather than a new building.

Back in May, Hello Living filed plans to demolish the gas station next door at 1520 Fulton and build a 10-story, 50-unit rental building.