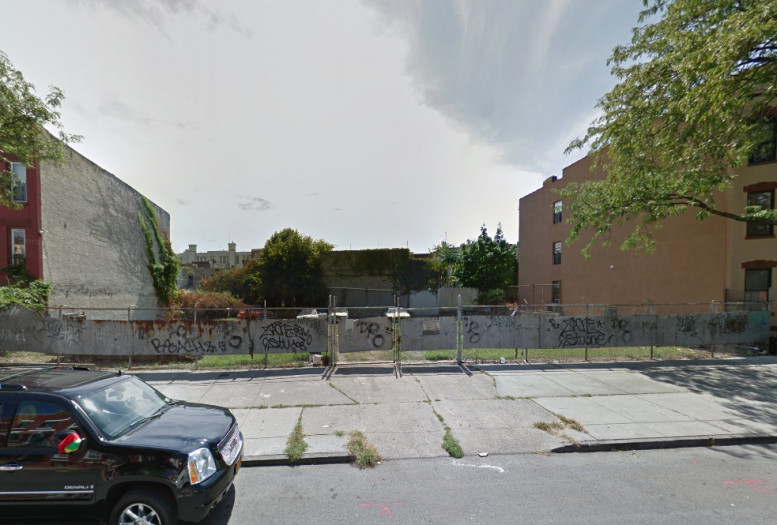 As the clock ticks down to the start of the city’s East New York rezoning process in the fall, YIMBY has noticed an uptick in market-rate filings on the soon-to-be-valuable real estate around Broadway Junction. And now plans are in the works for three small apartment buildings at 62-68 Somers Street, just beyond the western patch of Ocean Hill that’s about to be rezoned.

Their square footages will vary, but all three buildings will have four stories and eight units. The apartments at No. 62 will be the smallest, with just 5,082 square feet of residential space. The average unit will be 635 square feet. No. 66 will hold 5,697 square feet, for slightly larger, 712-square-foot apartments. Finally, 68 Somers will include 6,885 square feet, yielding comparatively large rentals of 860 square feet.

There will be two units per floor. And the developer probably split the 24 units between three buildings in order to duck the city’s parking requirements, which would require 12 parking spots for a 24-unit development.

The new development will fill a large vacant lot on a low-rise residential block between Rockaway Avenue and Mother Gaston Boulevard. The Rockaway Avenue C train stop is around the corner, and the A, C, J, Z and L lines convene a few blocks east at Broadway Junction.

Aron Herczl, doing business as an LLC based in South Slope, is the developer, and Gravesend-based architect Sergey Mozer is handling the design.

If the new zoning plan gets approved, the next block to the east will get a density boost to R7D zoning, and a commercial overlay that would allow new retail.

Last month, YIMBY revealed a 32-unit market-rate building nearby at 1325 Herkimer Street, designed by Issac and Stern and developed by Guy Iber.