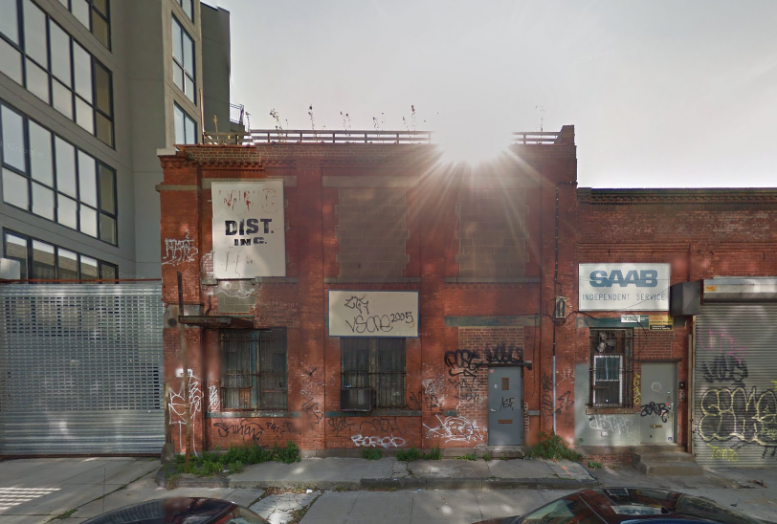 Apartment buildings have sprouted on almost every piece of available property near the Metropolitan Avenue L stop in Williamsburg, but one developer has decided to expand and convert a warehouse at 82 Ainslie Street instead of tearing it down.

Alteration permits were filed yesterday to add four floors and 16 apartments to the little two-story brick building. Those 16 units will be spread across 11,500 square feet, for an average, rental-sized apartment of 718 square feet.

The ground floor will host 4,500 square feet of retail, and residential will begin on the second floor, which will also have shared terraces. Each floor will hold four units, and two of the fifth floor apartments will be duplexes that take up the whole sixth floor.

Bryon Russell of Midtown West-based Syndicate Architecture will handle the design, and the developer is Juda Klein of Parkview Management, headquartered a few blocks away on Broadway. Klein took over the 6,000-square-foot property for an undisclosed amount in January, according to public records.

It turns out that all three warehouses on this block of Ainslie between Keap Street and Union Avenue are set to be razed or converted. Plans were filed last year to transform 76 Ainslie Street from a single-story warehouse to a seven-story residential building with 12 apartments.

And Slate Property Group is getting ready to demolish the low-slung building on the corner of Ainslie and Keap Streets to build a seven-story, 50-unit rental development designed by Aufgang Architects. It promises to resemble a converted factory, much like the attractive rental project YIMBY revealed on North 12th Street earlier this month.