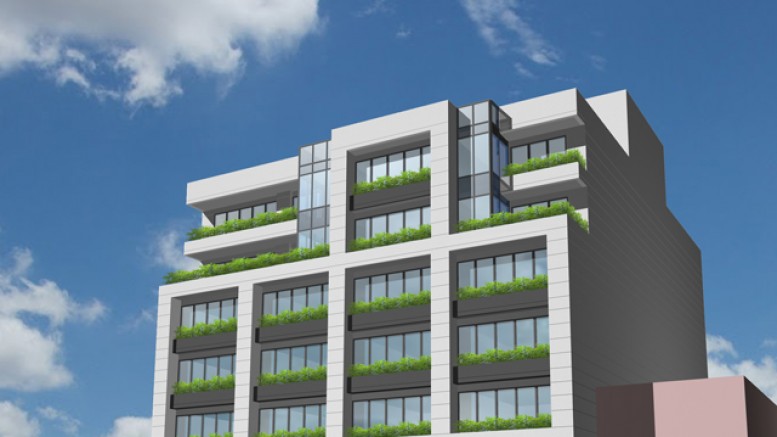 Late last year, YIMBY reported that a new seven-story and 42-unit building was coming to 38-11 31st Street in Long Island City, designed by Morali Architects. In February, YIMBY covered a similar filing for 36-27 31st Street by the same architect. And now we can reveal both of the buildings, thanks to renderings sent along by Morali.

Both projects will be developed by Bessie Giannopulos, who bought 36-27 31st Street for $2 million last year. Its 34 units will span 24,000 square feet, for an average apartment size of approximately 700 square feet, and it will also include a 6,000 square foot commercial component. 38-11 31st Street will be slightly larger, with its 42 units splitting 28,000 square feet, averaging about 650 feet apiece. Giannopulos bought the property for $4.2 million last year, paying almost double what she did for 36-27. Like its new neighbor, the project will also include a 7,300 square foot commercial space, though the Schedule A notes it will be used by a “wholesale establishment.”

The sites are located along a stretch of 31st Street that sits adjacent to the N/Q trains, straddling the border between Astoria and Long Island City. But despite the elevated tracks, the designs of both buildings will be fairly simple and attractive, and they appear to lack the PTACs that punctuate so many rental developments across the outer boroughs. Instead, windows are situated above greenery, which is also interspersed throughout the facade. The buildings will replace a series of low-rise structures that had no aesthetic value. Per Morali, “zoning was approved earlier this week,” and foundation permits should be issued this month.