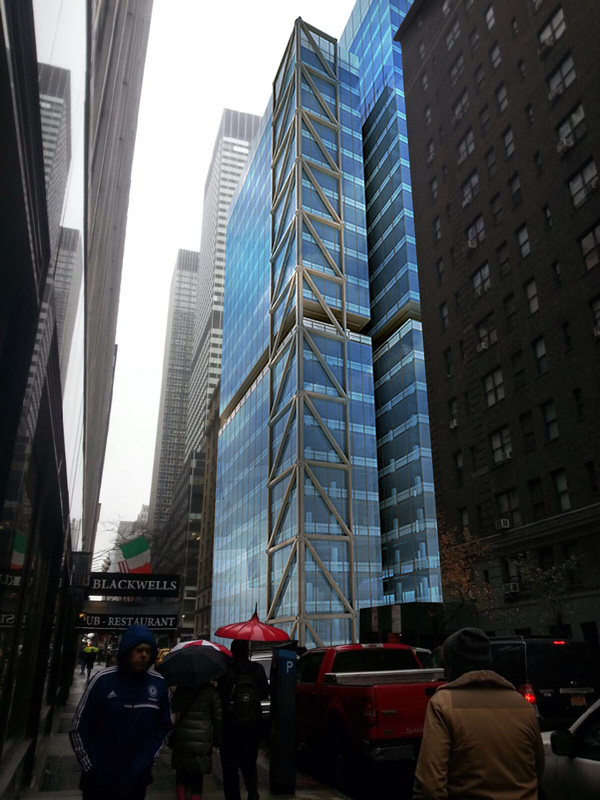 Yesterday, YIMBY featured a construction update on a new building rising at 145 East 47th Street (designed by C3D Architecture), which will stand 22 stories tall and host 93 hotel rooms, in addition to a top-floor apartment. Now, we can reveal the structure that will rise next door, on the site of four low-rise buildings that currently occupy 131-141 East 47th Street.

Extell acquired the site in bits and pieces before selling the assemblage late last year for $80 million, to a previously-unnamed Chinese developer. The new 25-story tower will measure almost 170,000 square feet, and it would appear to be divided between 73 apartments and 138 hotel rooms, while also including a 50-car garage at its base.

The images come from EB-5 documents sent to YIMBY, which do not divulge the tentative architect, but it would appear the building will resemble the standard Manhattan glass box. Minor ornamentation will adorn the project’s southeast corner in the form of metal bracing, and a terrace level will also bisect the tower at the 10th (or so) floor, likely dividing the apartments from the hotel.

For an anonymous stretch of Midtown, the design could be worse, though C3D Architecture’s project next-door offers a nicer alternative to what’s currently depicted for 131-141 East 47th Street.

While the effort to rezone Midtown East is targeted towards block-through sites along the avenues, allowing more residential development along side-streets should also be a priority. But even as proposed, 131-141h East 47th Street will feature a mix of uses, improving upon the dingy low-rises currently on-site.