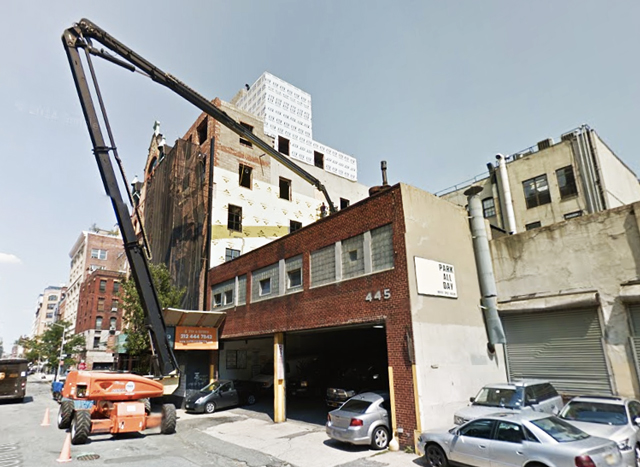 In the northwestern corner of Tribeca, at the corner of Washington and Desbrosses, a hotel is set to rise. A new building application was filed yesterday, with plans for an 11-story, 110-foot hotel at 455 Washington Street, owned by Barone Management.

“The project will be a five-star luxury hotel,” the developer told YIMBY, with some luxury rentals “managed by the hotel with shared services and amenities.” Barone is looking to bring in partners on the project, but those details have not yet been finalized.

The structure, which has an alternate address at 28 Desbrosses Street, would contain nearly 80,000 square feet of gross floor space, per the building permit, with 50,000 set aside for commercial use and nearly 16,000 for residential purposes. There would be around 113 units, including both rental apartments and hotel rooms.

Gene Kaufman is listed as the architect on the permit, but the developer said that they have not made any decisions yet about the exterior façade and interiors, which may be handled by a different design architect, with Kaufman only acting the architect of record.

While this property just barely missed inclusion within the Tribeca North Historic District, its use is still limited by the Special Tribeca Mixed Use District – which, despite its claims of promoting mixed uses, has kept the area largely commercial.

The special district largely precludes residential uses, and limits hotels to 100 keys, unless the builder seeks City Council approval (which, given New York City politics, effectively means that larger hotels must be unionized).

Talk about 445 Washington Street on the YIMBY Forums

Below-Grade Work Ramps Up for Tribeca Rebel at 65 Franklin Street in Tribeca, Manhattan