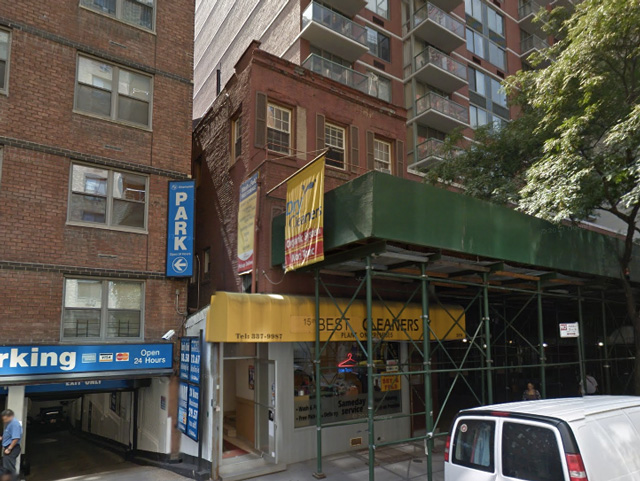 By all rights, Chelsea should be flowering with new development. The neighborhood has a beautiful existing building stock, and is within easy walking distance of the booming Midtown South area. With residential developers pushing deep into central Brooklyn and luxury builders salivating over public housing parking lots on the edges of Manhattan, prime neighborhoods like Chelsea should be a slam-dunk for well-designed condo buildings.

But alas, much of what’s rising on Manhattan’s West Side is neither high design, not even desperately-needed housing. Rather, the area is quickly being colonized by budget hotels that are easily the most unattractive new structures to rise in Manhattan in many decades.

The culprit is zoning, and specifically the commercial and industrial zones that checker Chelsea and the Garment District. Many of these zones exclude residential uses, in some case allowing them, but only if the developer replaces existing commercial space and make an onerous trip to the City Planning Commission to plead their case.

And in many cases, the zones themselves are aggressively non-contextual, as with 20 West 15th Street, where permits were filed this morning for a 10,860-square-foot hotel. To its left sits a 430-unit post-war apartment building, and to its right a 134-unit condo. Across 15th Street and behind it on 14th Street are another two 400-something-unit post-war buildings.

Yet because of its C6-2M zoning, the developer – Rye, New York-based NMR Realty, led by Kumar Navnit – has chosen to go the easy route and erect a 10-story, 30-room hotel, designed by Flushing-based Raymond Chan.

And for what? The hotel won’t be manufacturing anything, and the site today is home to a building of just three stories.

YIMBY is not against the construction of hotels, and especially cheap hotels, which provide service-sector jobs for those without college degrees and draw in tourists who spend money throughout the city. But developers should never be forced by zoning to build them in predominately residential areas of Manhattan, and given that current zoning was created for a different purpose — to promote manufacturing — policy must now catch up with reality.

If cheap hotels turn out to be the highest and best use, so be it. But in a city whose housing crisis has stretched on for generations, foisting hotels on unwilling landowners in Chelsea is sheer lunacy.