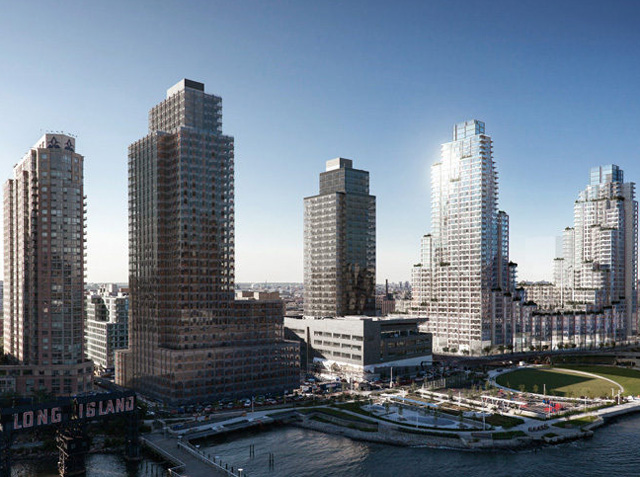 Hunter’s Point South [Crain’s New York]: Mayor De Blasio has taken the first step towards building out a large chunk of the Hunter’s Point waterfront in Long Island City by “moving forward with a nearly $100 million construction project to build both a new waterfront park and a series of roads, water mains and sewer lines”. Previously desolate, Hunter’s Point South will soon “be home to up to 5,000 units of housing.”

6200 8th Avenue [The Real Deal]: Developer Andrew Kohen, head of MSK Properties, has sold 6200 8th Avenue in Sunset Hill for $51.5 million. The buyers of the 160,700 square-foot site are “listed in property records as 62-08 Realty LLC and 37-19 Realty Inc.” Kohen previously had plans to build an 11-story residential building, along with a Home Depot, but that scheme crumbled after the financial downturn.

175 Greenwich Street [Crain’s New York]: The Port Authority of New York and New Jersey will not provide the “$1.2 billion financial guarantee that would allow” the construction of 3 World Trade Center, where GroupM has already committed to taking 515,000 square feet. The PA is now resolving of a plan that would allow construction of Silverstein’s 80-story building through a “private-sector deal.”

239 West 52nd Street [The Real Deal]: Algin Management has plans to build a 59-story residential tower at the Roseland Ballroom site in the Theater District, and air rights for the project are currently being assembled; the developer recently bought 60,000 square-feet of air rights from a pair of Broadway theaters owned by The Shubert Organization.

280 Hawthorne Street [Curbed]: Residential Development Group is building four three-story townhouses at 280 Hawthorne Street in Prospect Lefferts Garden. The brick buildings will be a huge benefit to the community, repairing another hole in the urban landscape, while also infusing the street with new residents.

29-10 Hoyt Avenue South [Brownstoner]: A two-story brick building at 29-10 Hoyt Avenue South in Astoria has been bought by United Nu-Land Development LLC for $1.8 million. Zoning allows the developer to “building a new building more than three times the size of the existing one,” with a maximum FAR of 3.4. The full scope of plans have yet to be revealed.

347 Bowery [Bowery Boogie]: Developer Urban Muse is proceeding with on-site demolition after filing for permits a few months ago at 347 Bowery. “Twin sidewalk bridges” have been erected in front of the building which will soon be demolished for a 13-story residential tower.

115 7th Avenue [Crain’s New York]: The Rubin Museum is placing 115 7th Avenue in Chelsea on the market, where a 70,000 square-foot building could be built if a developer were to demolish the current five-story building. The “premier site” could potentially fetch more than $60 million.