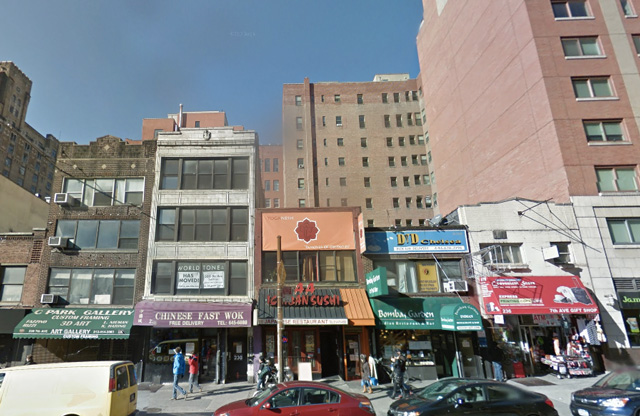 Renderings are up for a new 16-story and 49-unit mixed-use project at 232 Seventh Avenue. The existing structures are about to be demolished, with permits for their removal already approved; the developer is ‘Chelsea 7 JV LLC’, and the architect is C3D.

The new 232 Seventh Avenue will be a major improvement over the site’s current occupants, which are fairly run-down. The design will enhance Seventh Avenue’s street-wall, and the first eleven floors are flush with the sidewalk, and feature a masonry facade. After a setback, the next five floors are characterized by large balconies, and masonry is replaced by metallic cladding. The first floor will be retail, and the entirety of the project will measure 53,000 square feet. At the very least, its form is fitting, and even the lot-line walls have been given sentient consideration, as they will have windows — and won’t be characterized by raw, unfinished concrete. Overall, 232 Seventh Avenue will be a contextual addition with little impact on the neighborhood, due to its relatively small scale. Central Chelsea is at a crossroads, as the location is seeing increasing pressure from the rise of the adjacent NoMAD. Seventh Avenue is seeing a gradual spillover of money associated with the boom in Flatiron technology firms, though the transition is happening faster on Fifth and Sixth Avenues. Despite relative distance, 232 Seventh will still benefit from proximity to Manhattan’s beating silicon heart.

Completion dates for the new building have not been released, but the 2016 timeframe would seem likely.