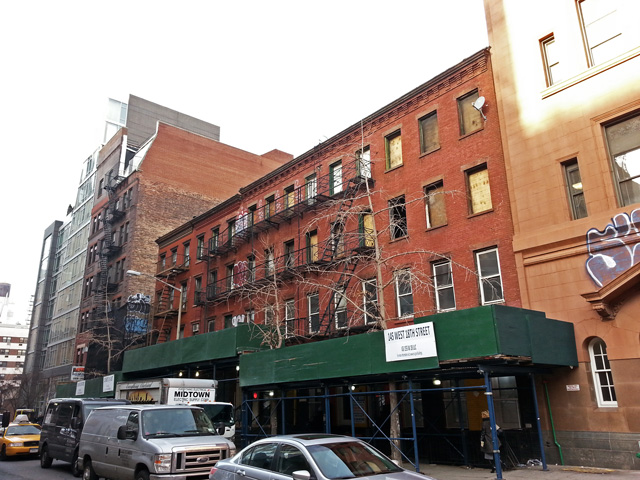 Demolition permits have been approved for an existing set of buildings on West 18th Street, which will soon be leveled to make way for an 11-story and 29-unit building The Izaki Group is developing. The site’s name will be 155 West 18th Street, and per Izaki’s page on the project, it will have 71,000 square feet of space — which will include minor commercial and ‘cultural facility’ components in addition to residential.

The architect of record is ODA, and while the firm’s plans for the site may be slightly more modern than the traditional Chelsea vernacular, the new building will still be contextual. At 11 floors, it will nestle nicely into the neighborhood, without overwhelming surrounds; the inclusion of ground-floor retail space is also a major plus, and something that the site’s current occupants lacked. Large, floor-to-ceiling windows will span the entirety of the structure, and the first eight floors will be flush with the sidewalk, enhancing the street-wall. The building’s top three stories look to be slightly more open than the lower levels, with minor cantilevering evident amongst the upper units — though the over-hangs will be confined to within the envelope of Izaki’s site. In total, five structures are being demolished to make way for 155 West 18th Street. Given that the new building will include a variety of uses — actually engaging the project with the street and the community — Izaki’s development is definitely a positive improvement. Completion is likely in the 2016-17 timeframe, though no official estimate has been announced.