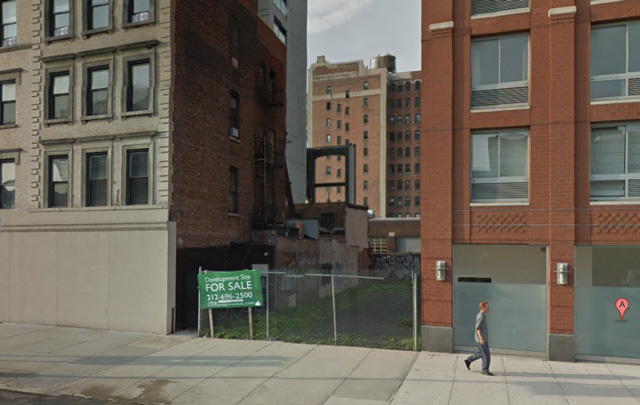 New permits have been filed and approved for a 13-story building at 559 West 23rd Street, which had seen significant problems before progress halted sometime last decade; the last article on the project – via Curbed – is from 2006.

Since then, the property has changed owners, selling for $4.24 million in 2010; Massey Knakal’s PDF on the site has additional details, though it is obviously no longer for sale.

The new developer is listed as NY8 Properties, and the architect is NBO4, though the firm’s website has no details on the building.

With only eight units, 559 West 23rd Street will fall into the boutique luxury segment; major thoroughfares like 23rd Street typically see larger projects, but smaller developments have been sprouting all across West Chelsea as prices have continued to skyrocket.