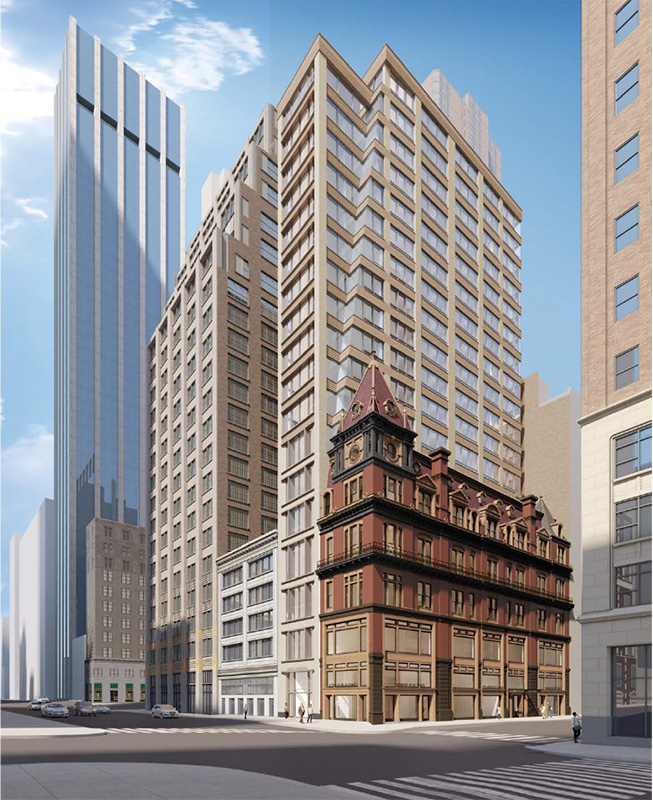 When complete, the unified property will comprise a mix of rental apartments and commercial space for a total of 94,363 gross square feet. The tallest portion will top out at just over 234 feet.

The residential volume will comprise approximately 75,000 square feet, spread across floors four through 19, plus a ground-floor lobby. This figure includes a seventh-floor roof deck and an unspecified collection of amenities. The commercial component will span roughly 19,000 square feet on the first through third floors. 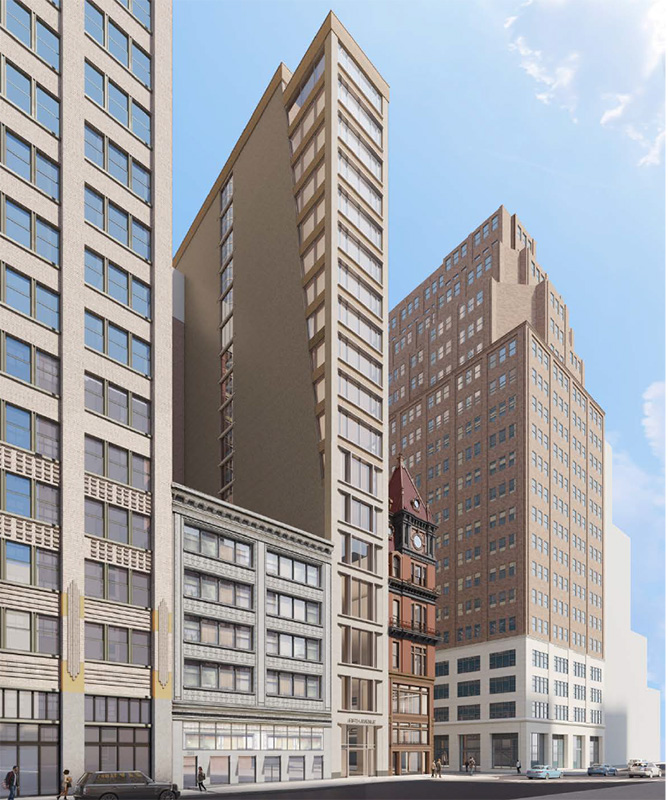 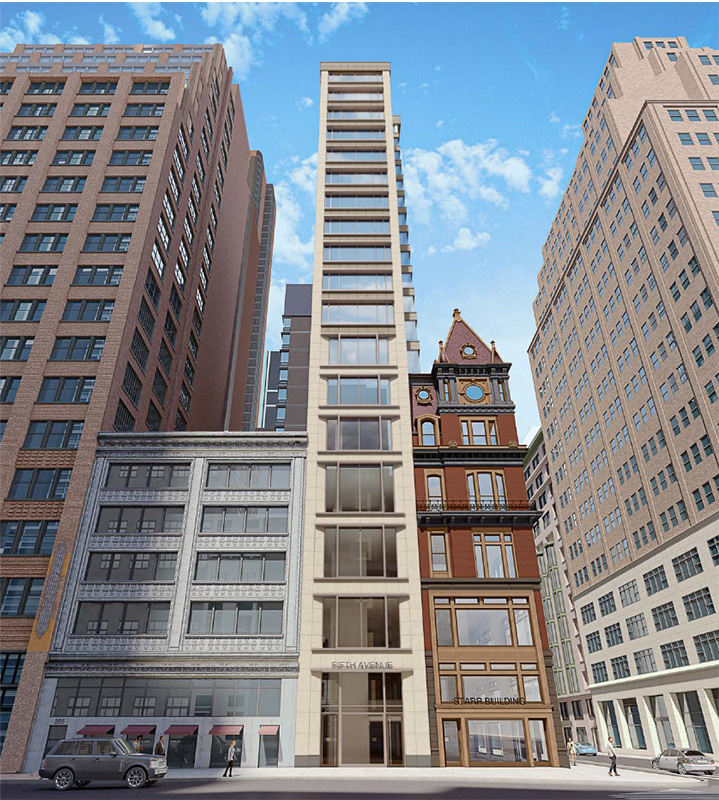 The building at 251 Fifth Avenue was originally constructed in 1872 as a French Flat style building with ground-floor retail. The seven-story building is one of the earliest examples of French Flat buildings in Manhattan, but was significantly altered over time for modern commercial use. Lower parts of the original façade have been completely replaced and no longer resemble the original design.

As described by the design team, the renovation of 251 Fifth Avenue’s façade, arched windows, and mansard roof are meant to embody architectural elements that have either deteriorated or were removed through the ages.

The building at 253 Fifth Avenue was constructed in 1852 and stands six stories tall. The property originally served as a brownstone row house, but was converted for commercial use in 1882. Significant portions of the façade have also been altered and removed over several generations. 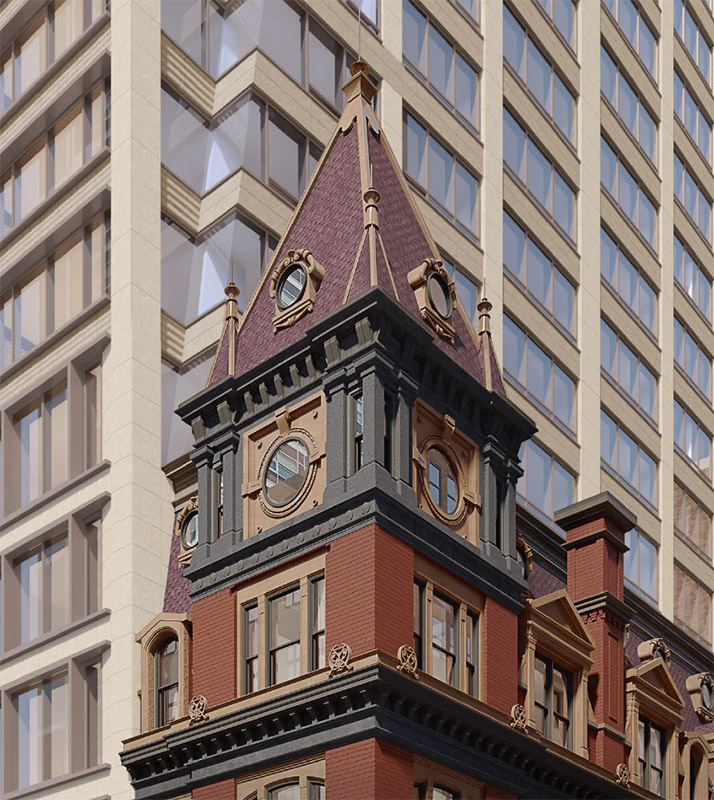 The development site is located in Manhattan’s Madison Square North Historic District, a historic area that stretches from 25th Street to 29th Street, between Madison and Sixth Avenues. Before any construction can break ground the project requires a certificate of appropriateness from the commission, which is now pending following approval by the voting members.

A final construction schedule has not been made public.