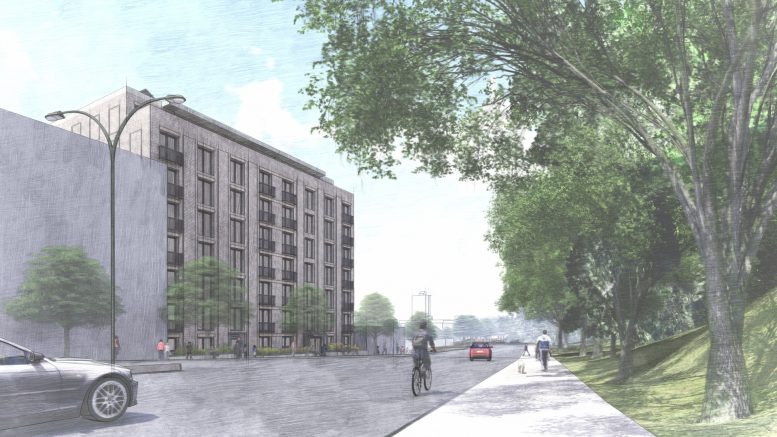 New renderings from Robert A.M. Stern Architects offer a first look at 1640-1642 Anthony Avenue, an affordable housing property in the Claremont neighborhood of The Bronx. The property will create 40 low-income homeownership opportunities reserved for households earning up to $93,000 for a three-person household.

The eight-story structure will comprise 20 one-bedroom, 16 two-bedroom, and four three-bedroom apartments, all fitted with a balcony and hardware for washer and dryer unit installation. Amenities for residents include a rear yard, community room, wellness gym, and hydroponic center. Additionally, as a part of the development, homeownership education and assistance will be provided to first-time home buyers and residents whose applications have been denied.

As expected, the RAMSA design studio selected a mix of pale gray and tan bricks for the building’s façade. Balconies are enclosed in dark metal handrails. Communal outdoor space is positioned along a large setback above the seventh floor. 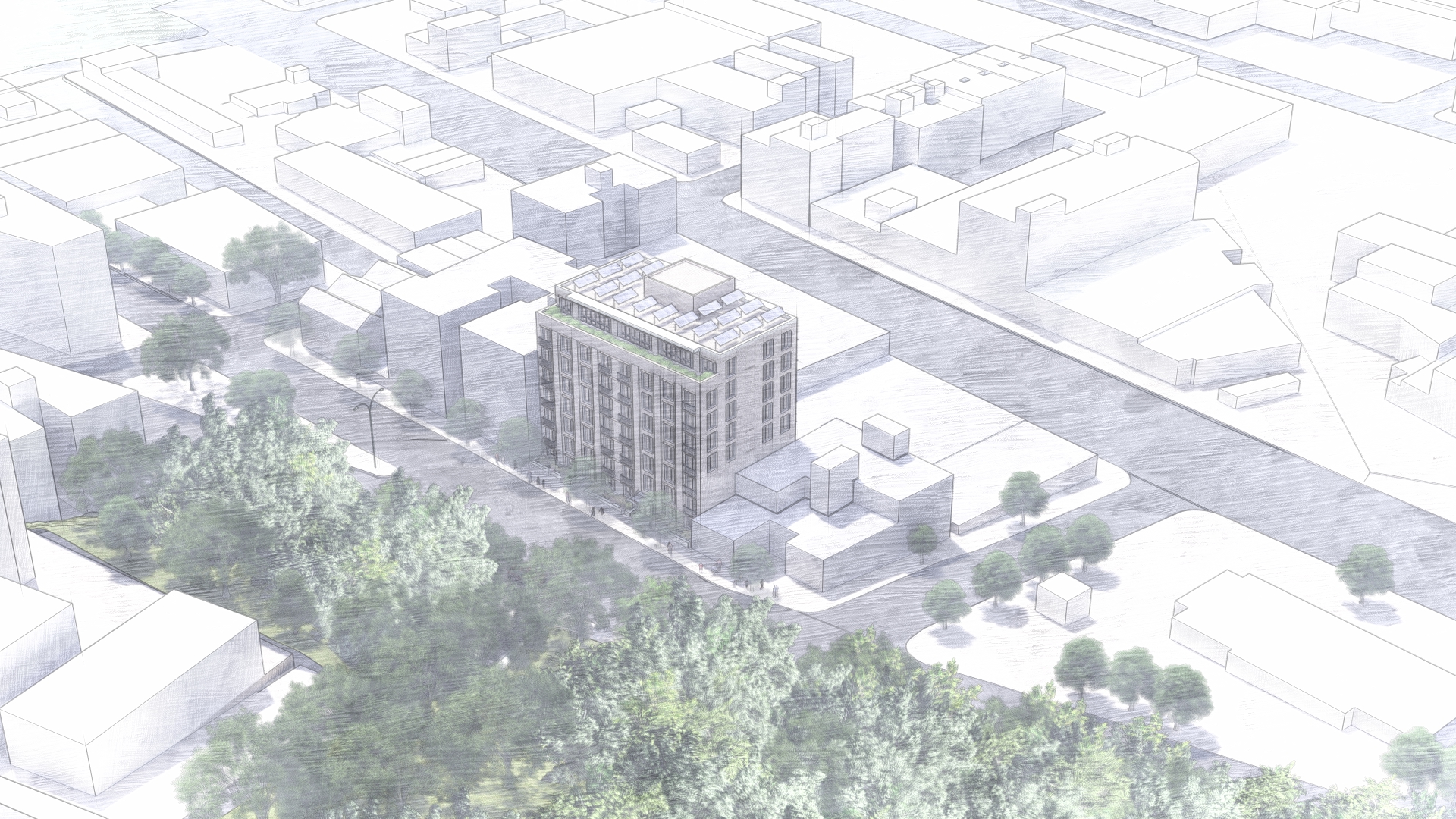 The project is the latest to debut as part of the Jerome Avenue rezoning, an initiative that is expected to create more than $189 million in capital projects and community services. This includes improved parks and playgrounds, pedestrian safety improvements near the Cross Bronx Expressway, business assistance, and new schools. Covering a two mile stretch of Jerome Avenue, roughly from 167th Street to 184th Street, the rezoning is designed to promote new housing developments, including permanently affordable housing.

“Thanks to this plan, 40 families will get the opportunity to buy a home and live the American dream,” said Louise Carroll, commissioner of New York City’s Department of Housing Preservation & Development (HPD). We know that affordable homeownership is an important vehicle for building family wealth and giving communities a greater stake in their neighborhoods.”

Members of the development team include Habitat NYC and Westchester, Camber Property Group, and Almat Urban, which will eventually transfer ownership of the Interboro Community Land Trust, or CLT. Interboro CLT is a collaboration between the Center for NYC Neighborhoods, Habitat for Humanity New York City, the Mutual Housing Association of New York, and the Urban Homesteading Assistance Board.

The Anthony Avenue property marks the first time HPD had selected a team proposing the CLT model. In this model, a nonprofit organization retains ownership of land and reserves available units for lower-income households. Available units are price-capped, even in the event of resale, which maintains affordability for the next generation of land trust residents and insulates the CLT from the market.

The project is being financed through HPD’s Open Door program, which funds the new construction of affordable cooperative, condominium buildings, as well as single- to three-family homes.

5 Comments on "Renderings Revealed for RAMSA-Designed Affordable Housing Property at 1640-1642 Anthony Avenue in Claremont, The Bronx"

Permits Filed for 2798 Webb Avenue in Kingsbridge Heights, The Bronx

Permits Filed for 586 Gerard Avenue in Concourse Village, The Bronx

Permits Filed for 2159 Mapes Avenue in East Tremont, The Bronx

Permits Filed for 2758 Creston Avenue in Fordham, The Bronx