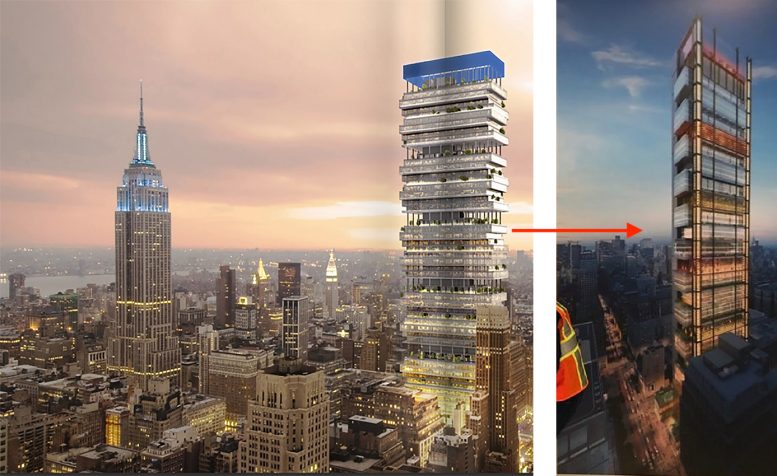 The previous design featured irregularly stacked floor plates cantilevered atop one another with amenity spaces distributed throughout. The new concept is largely the same in terms of massing, though with a more orderly shape. Stacked floorplates suspend overlooking 34th Street, yet the interspersed green spaces appear to have been eliminated.

It’s very likely Penn15 will still have outdoor space, a much sought-after Class A office amenity by tech companies. The sleek glass façade is depicted with what looks like illuminated glass columns along the corners of the tower.

During the Vornado Realty Trust Q4 2019 earnings call in February of this year, president Michael J. Franco expressed the company’s focus on “the transformation and repositioning of our Penn District holdings as a new epicenter of New York. Our redevelopments are now in full construction mode. 2020 will mark an important step in the district’s transformation as the majestic Moynihan Train Hall at Farley and our 850,000 square feet of office and retail space at Farley will be substantially completed at year end.” 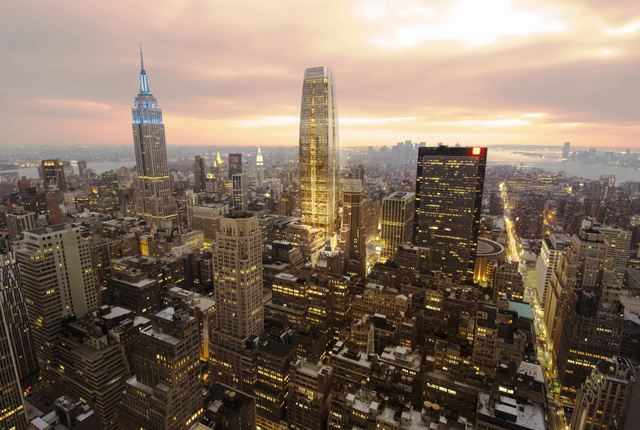 The redevelopment of the Hotel Pennsylvania will come secondary, following the redevelopments of Farley, PENN1, and PENN2,. Whether the site could expand to include Manhattan Mall remains to be seen.

Hotel Pennsylvania is currently closed and is unlikely to reopen, as reported by The Real Deal, and the shutdown has Vornado rethinking its strategy, calling the hotel a parking lot for a development site. Following the reveal of the plans for Facebook’s Penn15 tower, it had been rumored that the Hotel Pennsylvania could be turned into a Nomad Hotel, however, it now appears demolition and redevelopment is back on the table.

31 Comments on "Vornado’s ‘Penn15’ Redevelopment of Hotel Pennsylvania Once Again Re-Imagined in New Renderings, in Midtown"