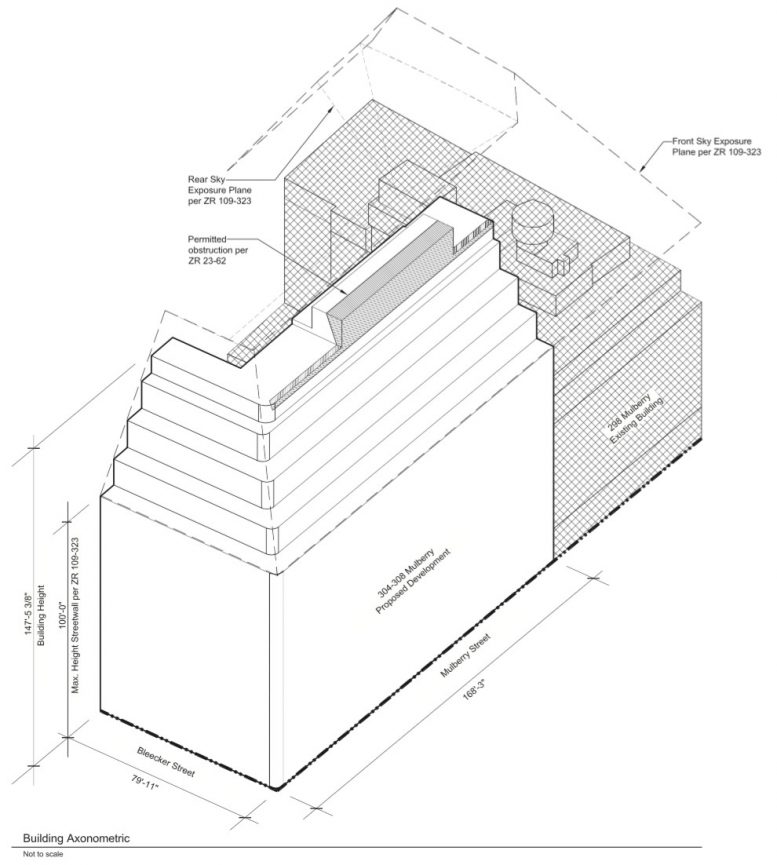 308 Mulberry Street. Schematic via the Department of Buildings.

Financial District-based Broad Street Development has filed documents with the state Attorney General’s office that details the offering plan for its 12-story, 61-unit mixed-use project at 308 Mulberry Street, located on the corner of Bleecker Street in NoHo. The estimated sellout was valued at $288.5 million, The Real Deal reported. The latest building permits, approved by the Buildings Department in August, indicate the new building will encompass 182,166 square feet and stand 147 feet to its roof, not including bulkhead elements.

There will be 11,022 square feet of retail space on the ground floor, followed by 61 condominiums across the second through 12th floors. The apartments should average 1,474 square feet apiece. A 12-car parking garage will be located in the cellar. Rawlings Architects is the architect of record. A seven-story, 86-unit apartment building must first be demolished. Permits were filed in September to raze the structure. $96 million in financing was recently secured for the project.