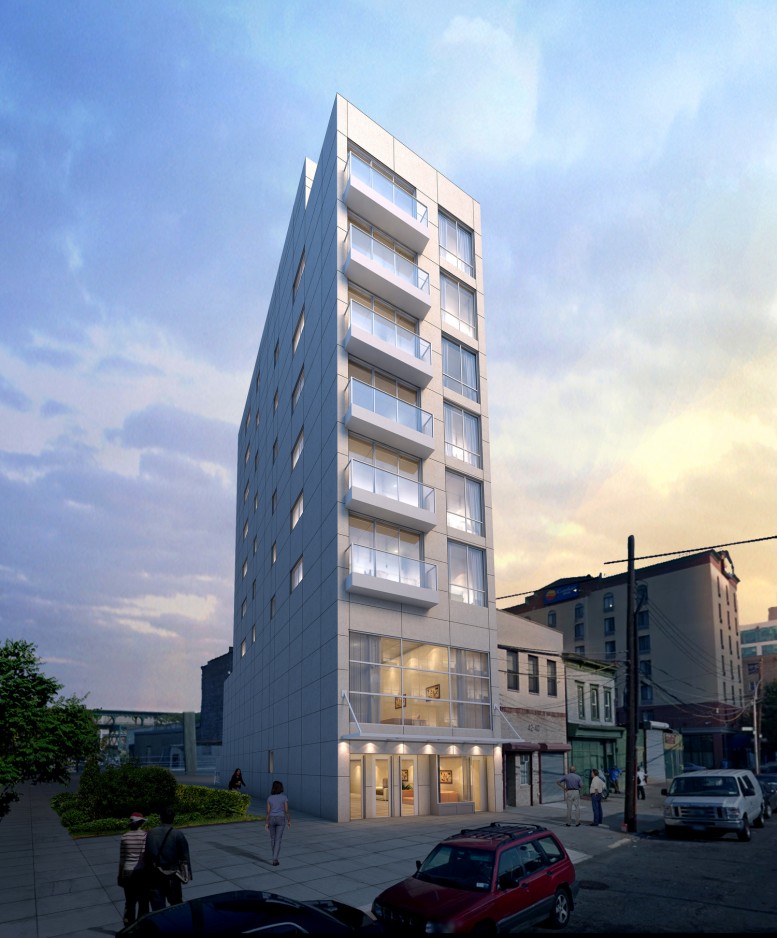 Backhoes have begun tearing up the earth to make way for a slim condo building at 42-44 Crescent Street in Long Island City. Now, YIMBY has snagged the first rendering of the project near Queensboro Plaza.

The first round of building applications was filed back in July of 2014, but the details of the building have remained the same as it wound its way through the permit process. The development will reach 10 stories into the air and hold only 12 units. The interiors will break down into 10,435 square feet of residential space and 2,060 square feet of ground floor retail.

The development site is only 25 feet wide, but it’s generously zoned like much of downtown Long Island City. The lot sits only a block south of the Queensboro Bridge, between 42nd Road and elevated highway that funnels traffic toward the bridge. This stretch of Crescent Street used to be filled with low-slung warehouses and garages. But in the 15 years since this neighborhood was rezoned, developers have begun knocking down the old industrial buildings.

Angelo and Anthony Ng’s Architects’ Studio designed the building, which has a simple, modern vibe and glassed-in balconies. The developer is Andy Ho, who is based in Flushing.