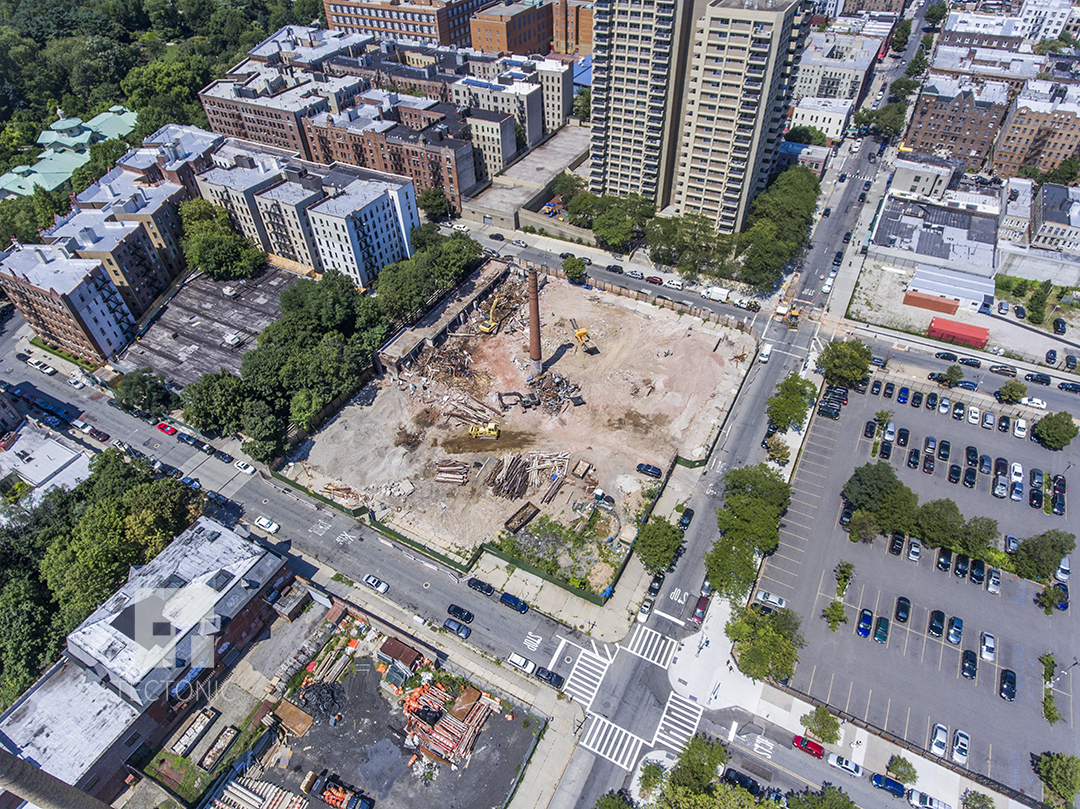 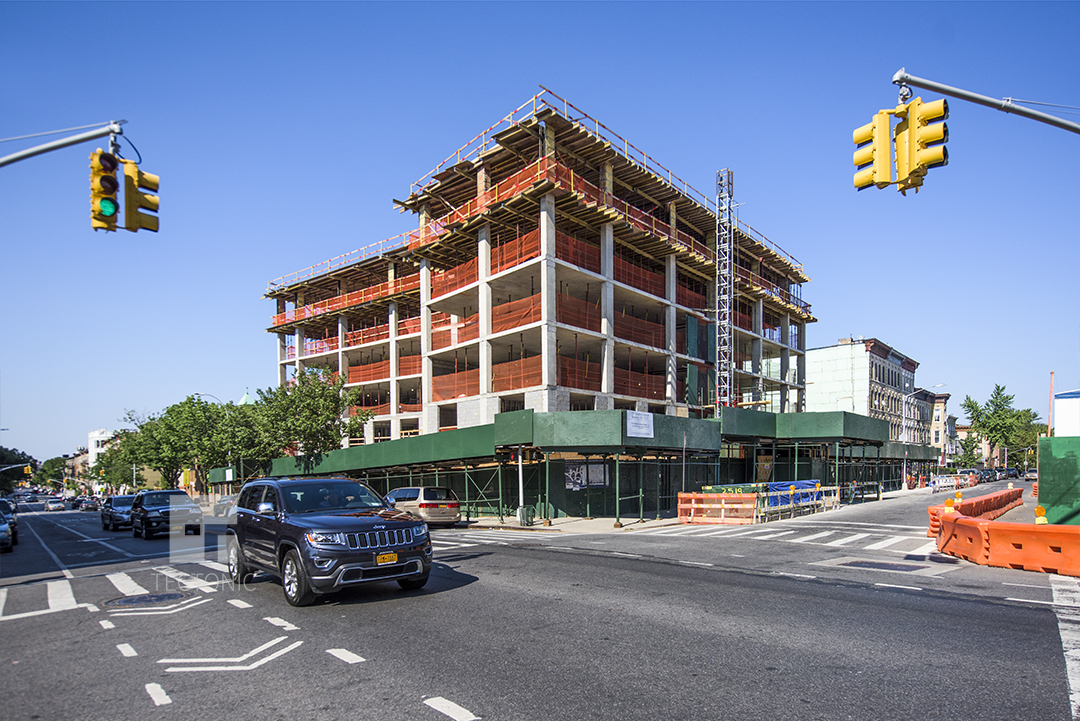 A 10-story, 114-unit mixed-use building is now six stories above street level at 1511 Bedford Avenue, in western Crown Heights. The construction progress can be seen a photo taken by prolific photographer Tectonic. The latest building permits put the structure at 109,887 square feet when complete. The ground and cellar levels will host 8,519 square feet of community space for a synagogue. The residential units, which will be rental apartments, should average 809.5 square feet apiece. Twenty percent of them, or 22 units, will rent at below-market rates through the housing lottery. Amenities include a 61-car underground garage, space for 71 bikes, private residential storage units, laundry facilities, a fitness center, and a roof terrace. Realty Within Reach is the developer and Issac & Stern Architects is behind the design. Completion is expected in 2017.

Office conversions are slowly making their way into the industrial zone between Crown Heights and Prospect Heights. Developer Joel Gluck plans to convert a two-story warehouse at 813 Bergen Street to offices.