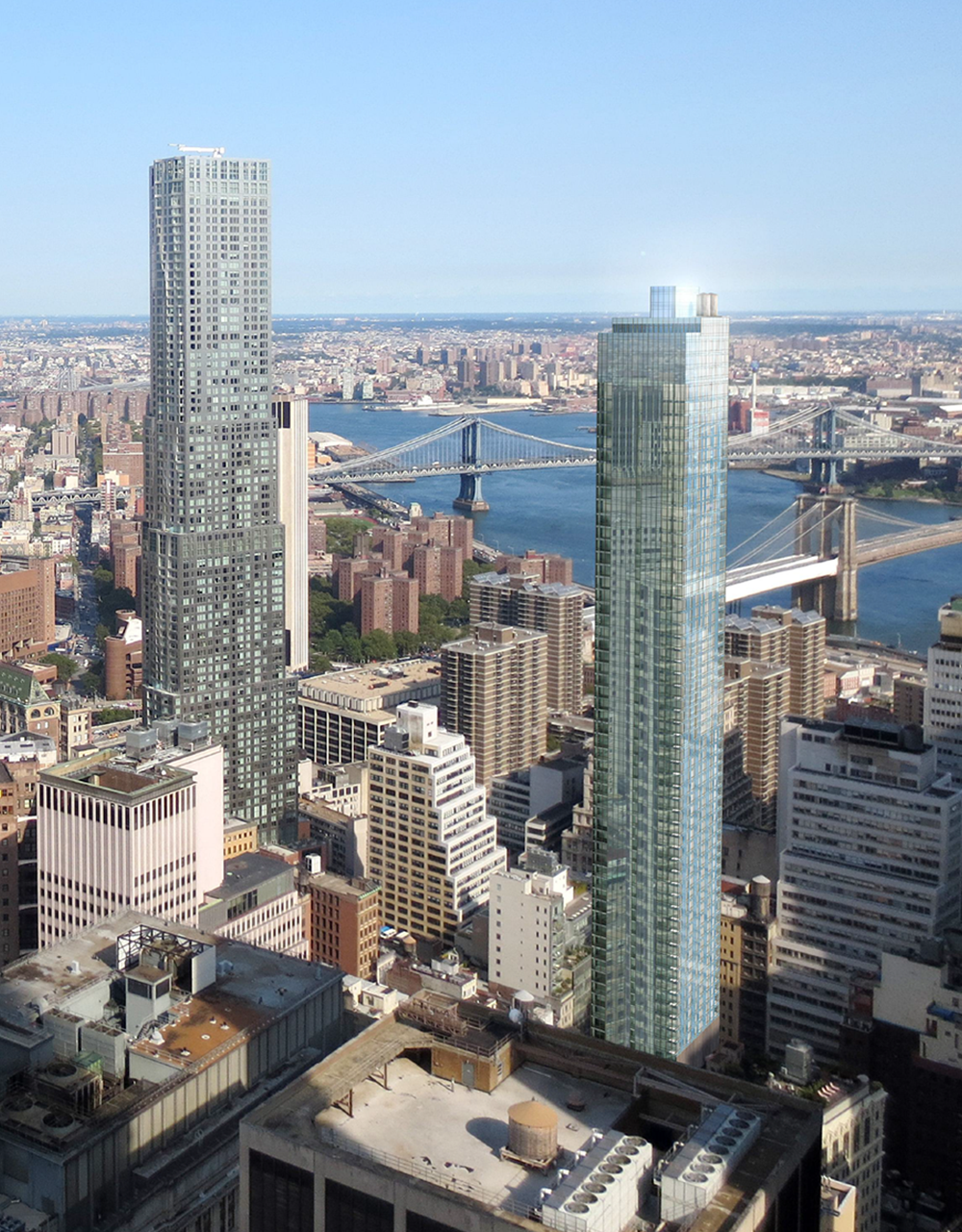 Late last year, YIMBY posted a video featuring renderings of plans for a new 63-story residential tower at 118 Fulton Street. The design featured in the film was originally created for the Lightstone Group, which sold off 112-118 Fulton Street to Carmel Partners last September for $171 million. But while the site’s developer has changed, its appearance has seemingly stayed the same, and a new on-site rendering confirms that a design similar to the one previously posted will be built. 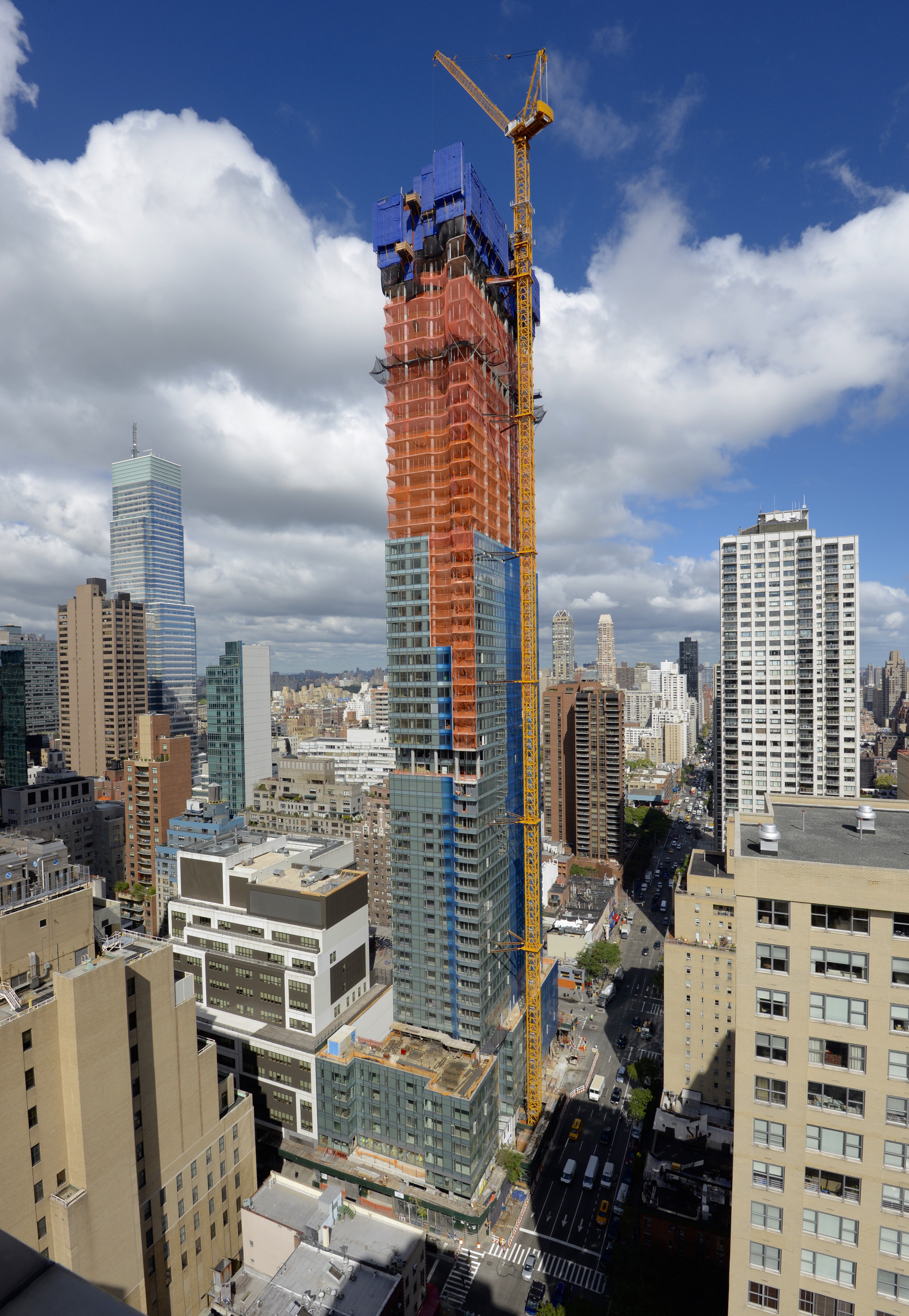 Earlier this year, YIMBY revealed new renderings of World Wide Group’s and Rose Associates’ 65-story residential tower underway at 252 East 57th Street, in Midtown East, and now the tower has topped-out. The building will include 268 units, split between 93 condominiums and 175 apartments, and amenities include a porte cochére, a 34th-floor terrace and a 75-foot-long pool and spa. Retail will be included on the ground and second floors. SOM is the design architect, while SLCE Architects is serving as architect of record. Occupancy is expected in late 2016. 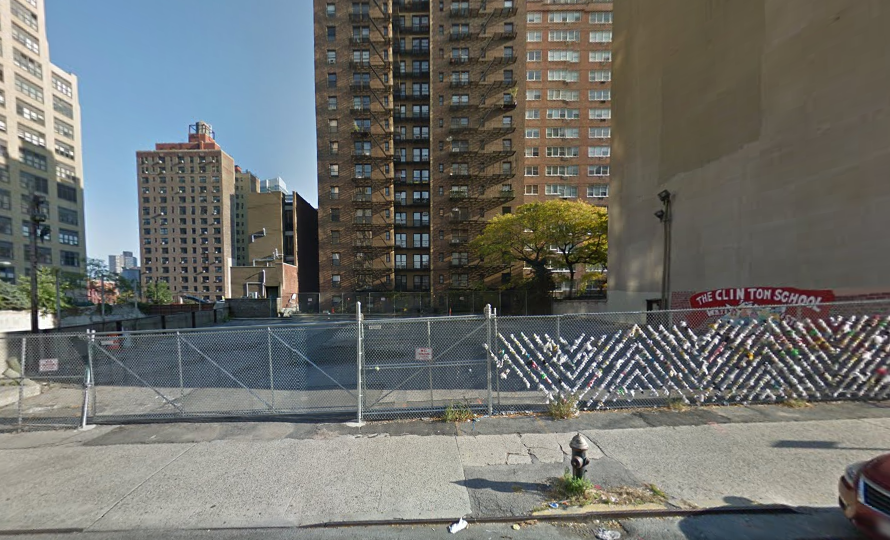 After the Port Authority tried and failed to find a developer to build over the Lincoln Tunnel approach on West 33rd Street, they’ve decided to develop part of the site themselves. The agency has filed plans to erect a nine-story residential building on a parking lot at 431 West 33rd Street, overlooking a depressed stretch of roadway that runs between 10th and 11th Avenues.

The hulking remains of Greenpoint Terminal Market once dominated West Street in Greenpoint, after a mysterious 10-alarm fire destroyed much of the former industrial complex in 2006. But the low-slung factories are finally giving way to towers. One developer has filed new building applications for a 19-story residential development at 27 West Street, between Calyer and Quay Streets, a block south of the old Terminal Market. 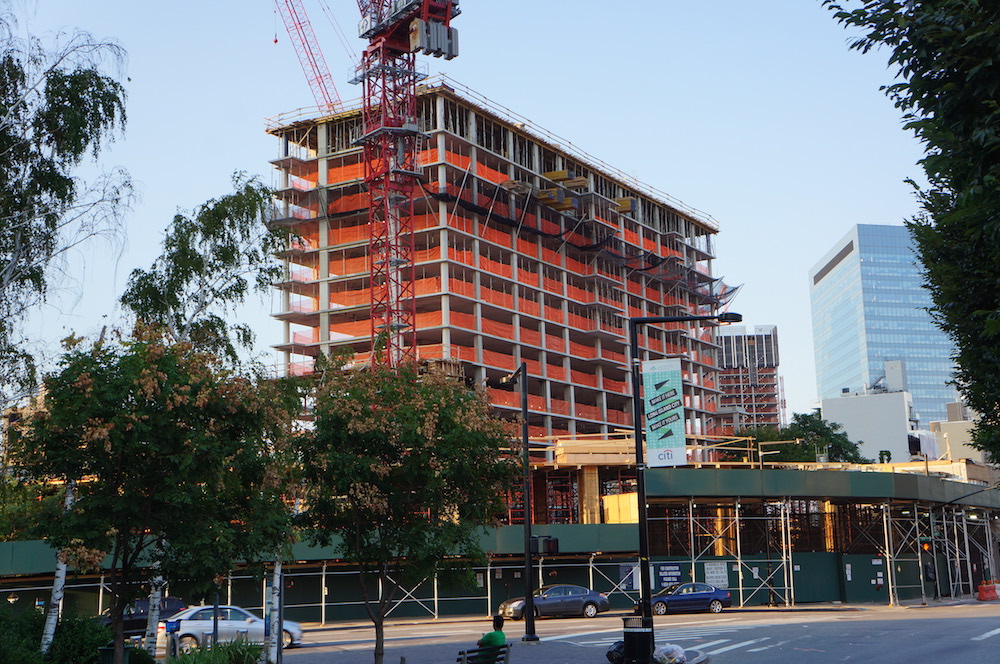 Rockrose closed on $270 million worth of financing last month for its two-tower, 974-unit development at 43-25 Hunter Street in Long Island City, and now the complex is rising fast near Court Square and Sunnyside Yards.