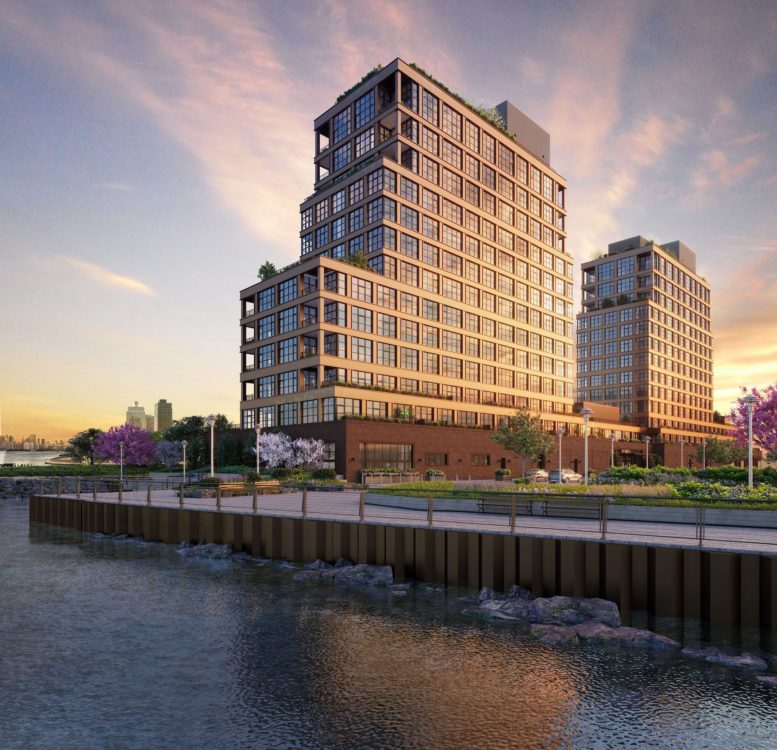 Construction has passed the halfway mark on The Huron, a 13-story two-tower residential complex at 1 Huron Street in Greenpoint, Brooklyn. Designed by Morris Adjmi Architects and developed by Quadrum Global, the buildings will yield 171 units in studio to four-bedroom layouts and will be connected by a shared podium with 30,000 square feet of amenities. Ryan Serhant of SERHANT is marketing the condominiums at the property, which is bound by Huron Street to the south, West Street to the east, Green Street to the north, and the East River directly to the west.

Photos from above show the reinforced concrete edifice gradually climbing over the Greenpoint waterfront, with formwork on the upper levels helping to assemble the new stories. The elevator cores are visible on the northern side of the westernmost building. 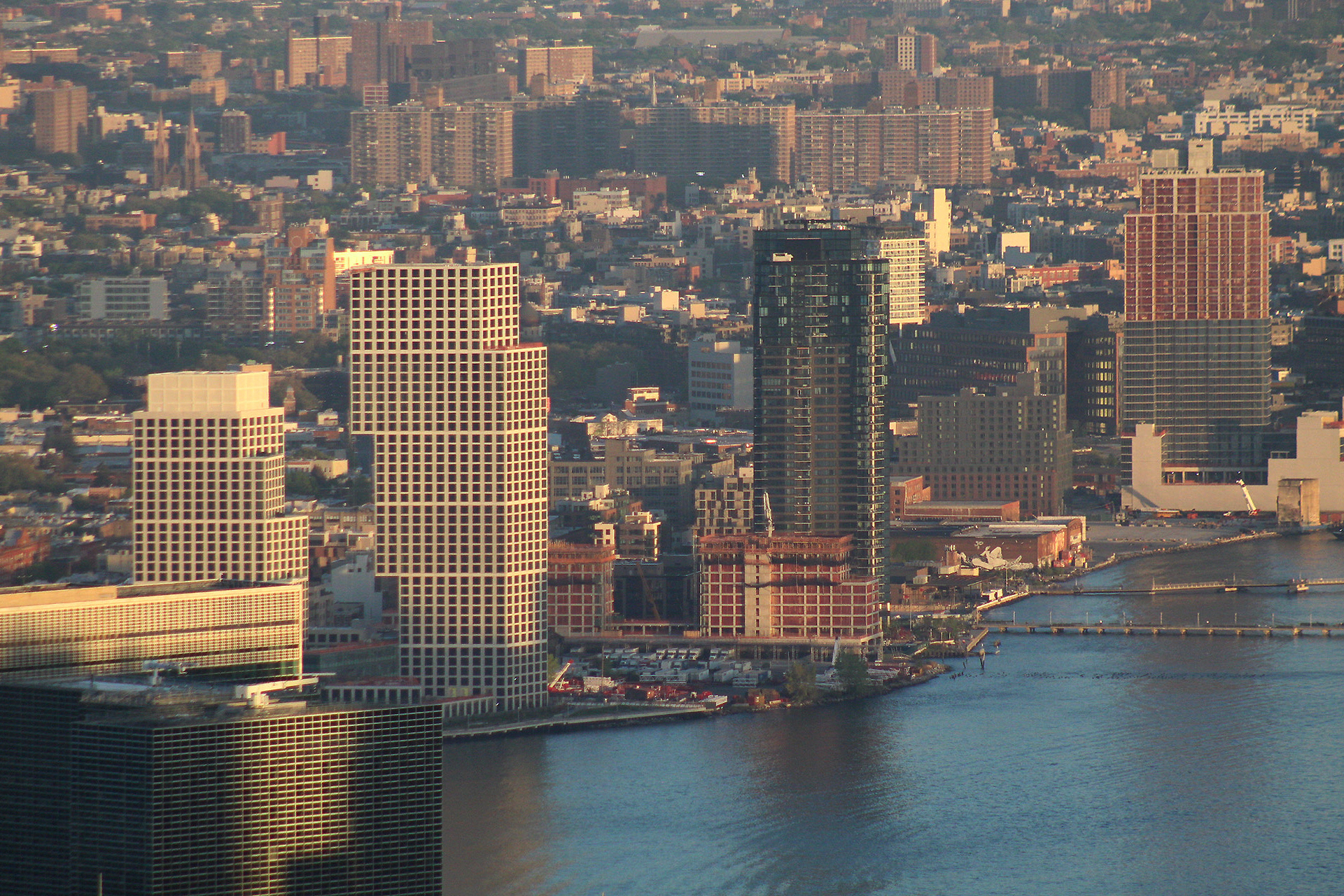 Below are photographs taken from the East River in the first half of May. The rate of progress makes it conceivable to see The Huron top out sometime this summer. 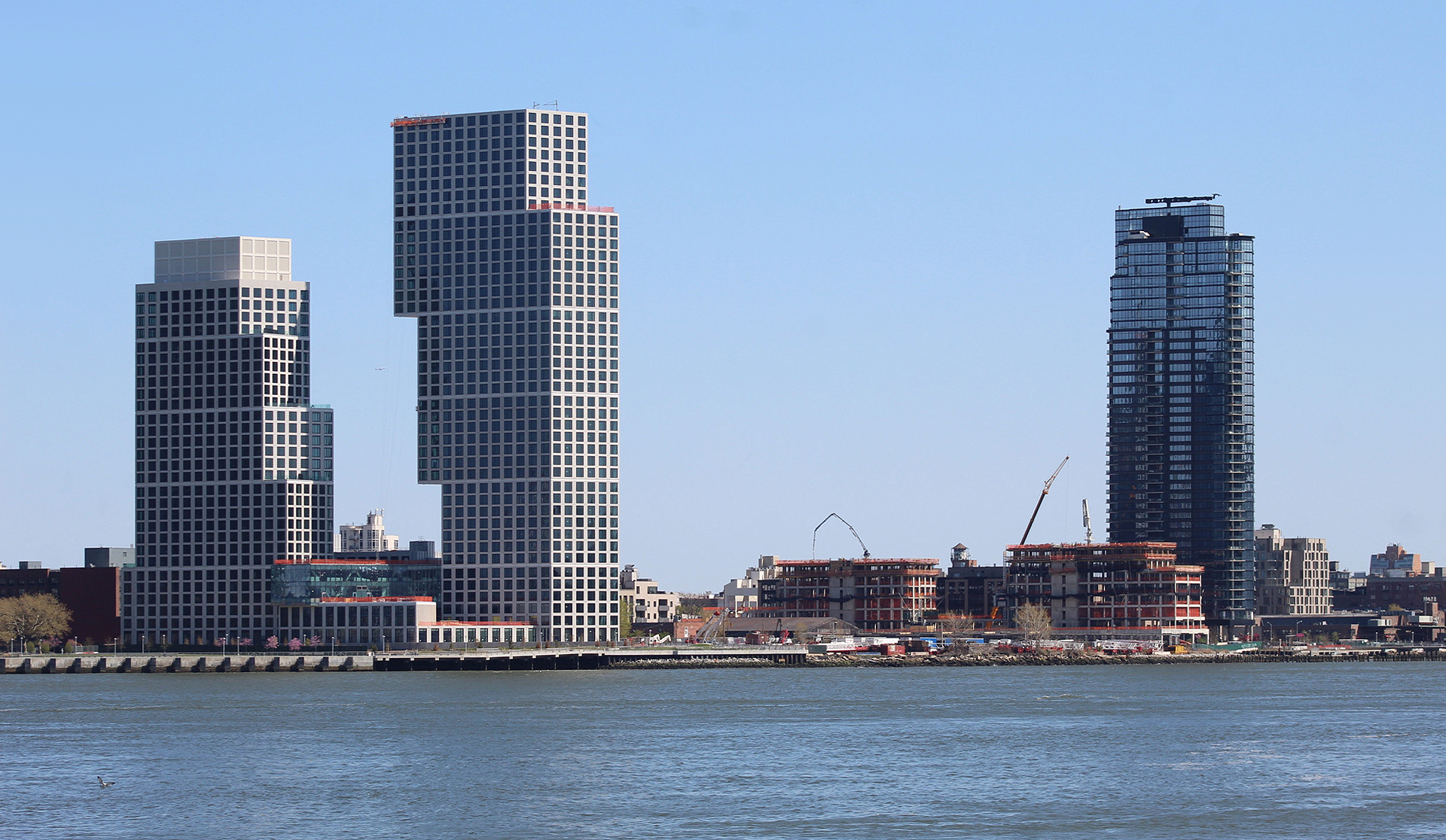 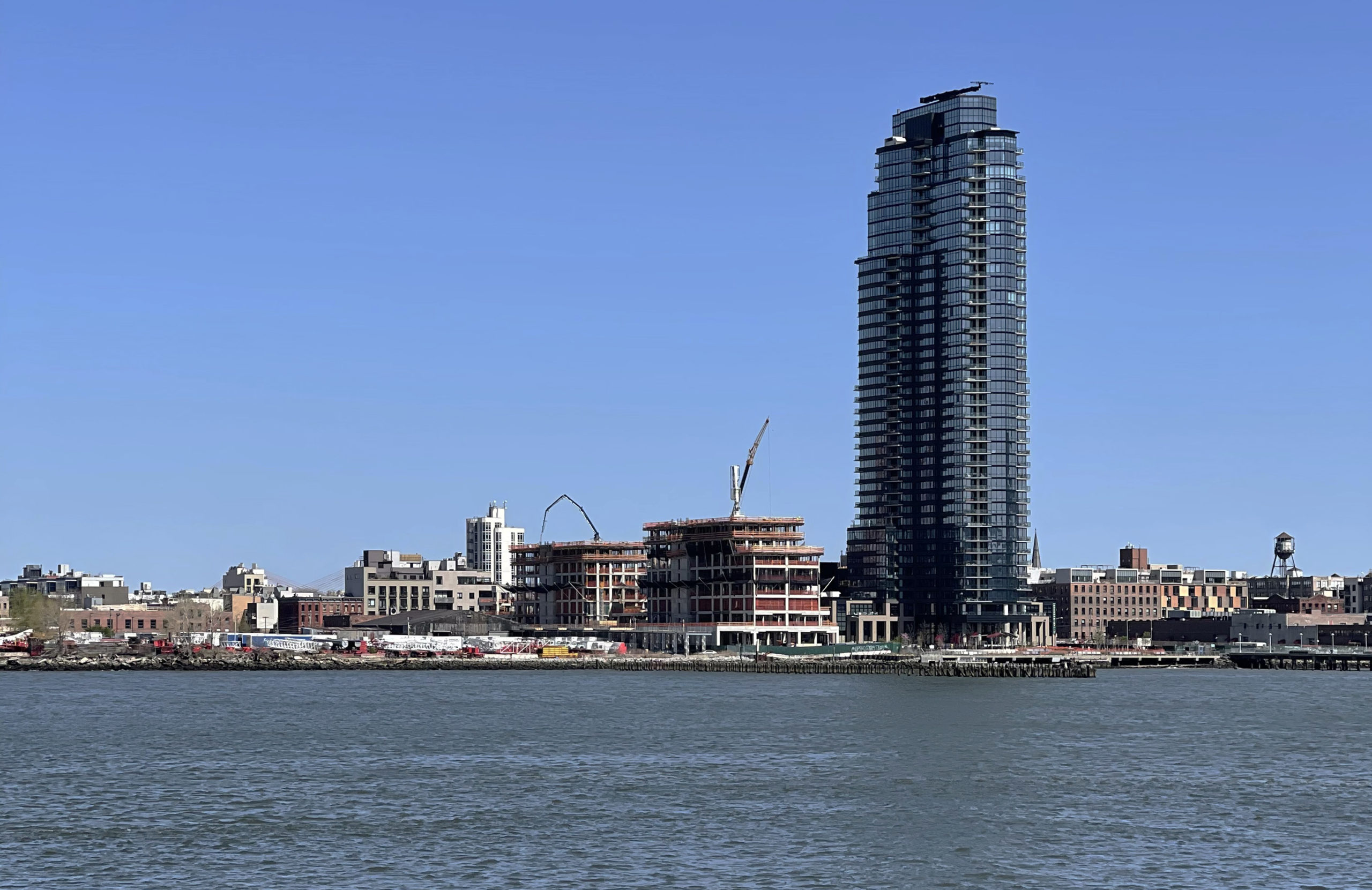 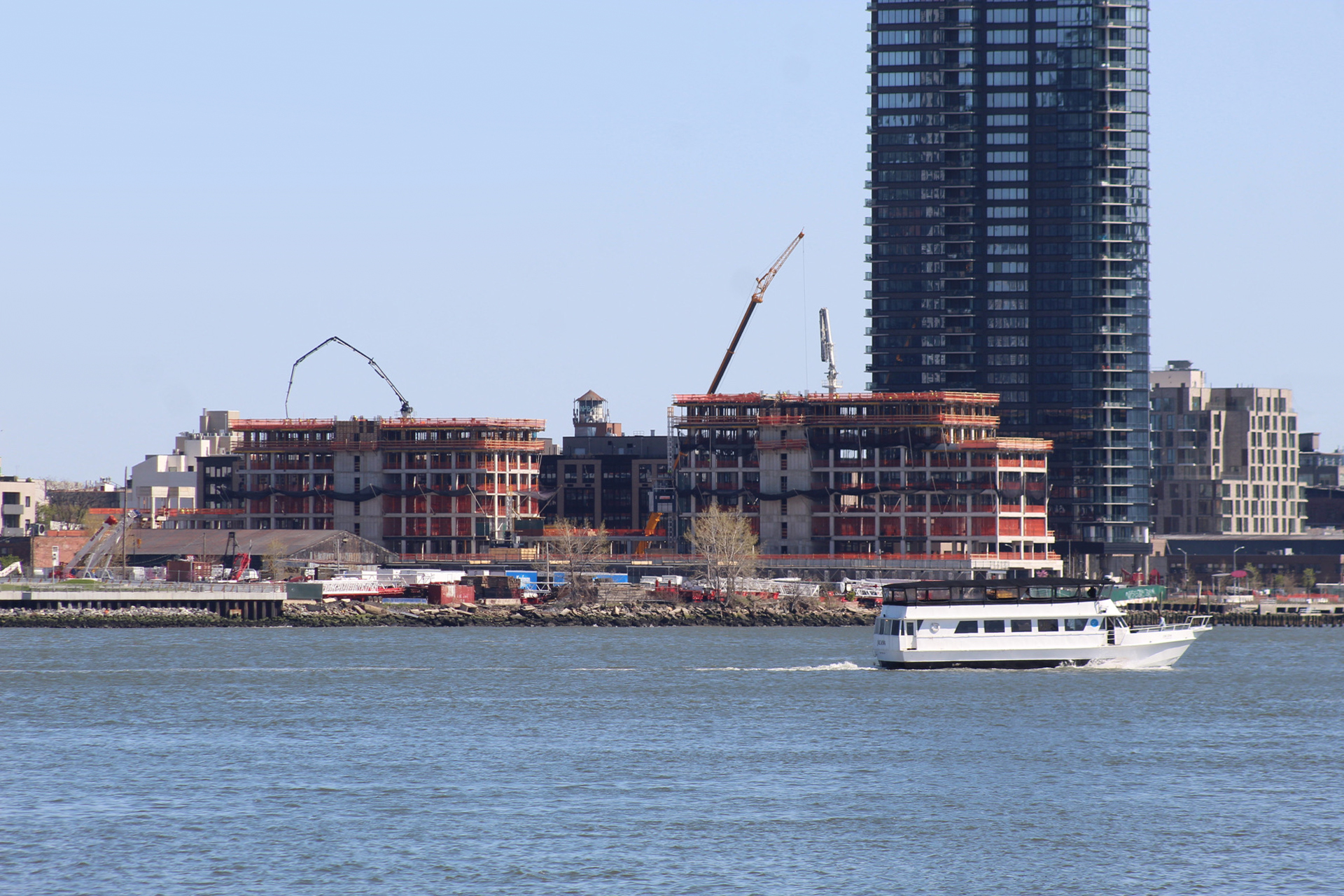 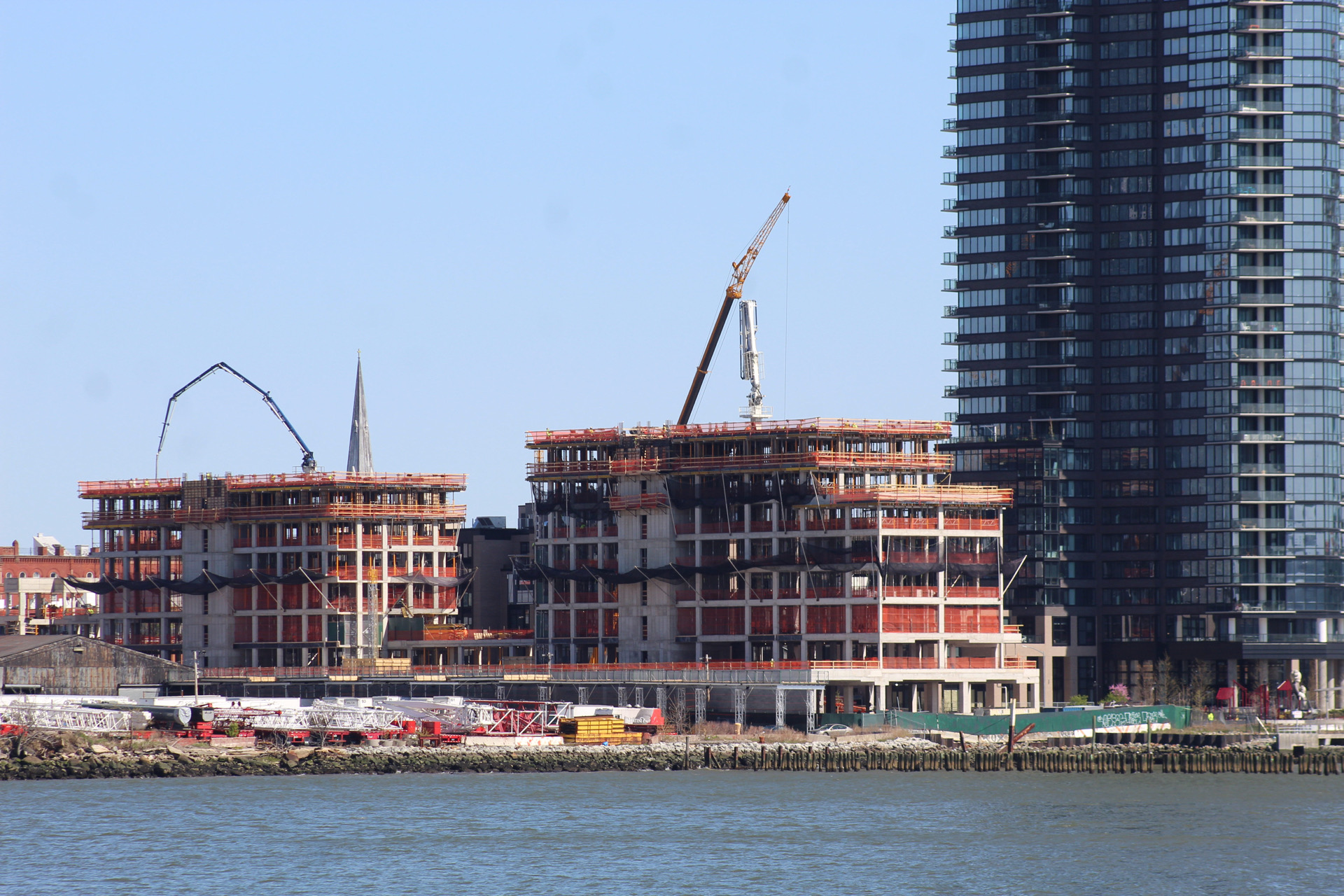 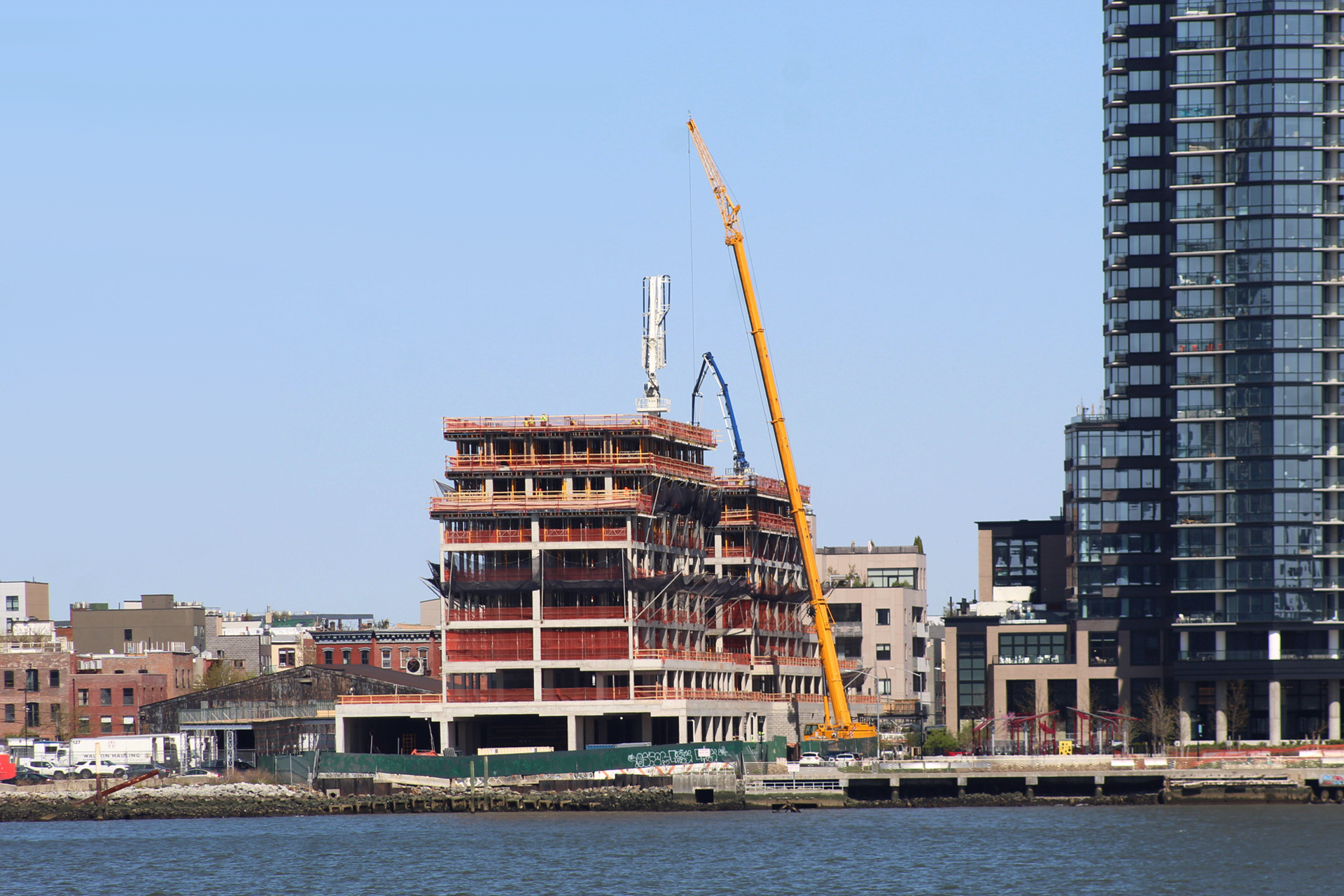 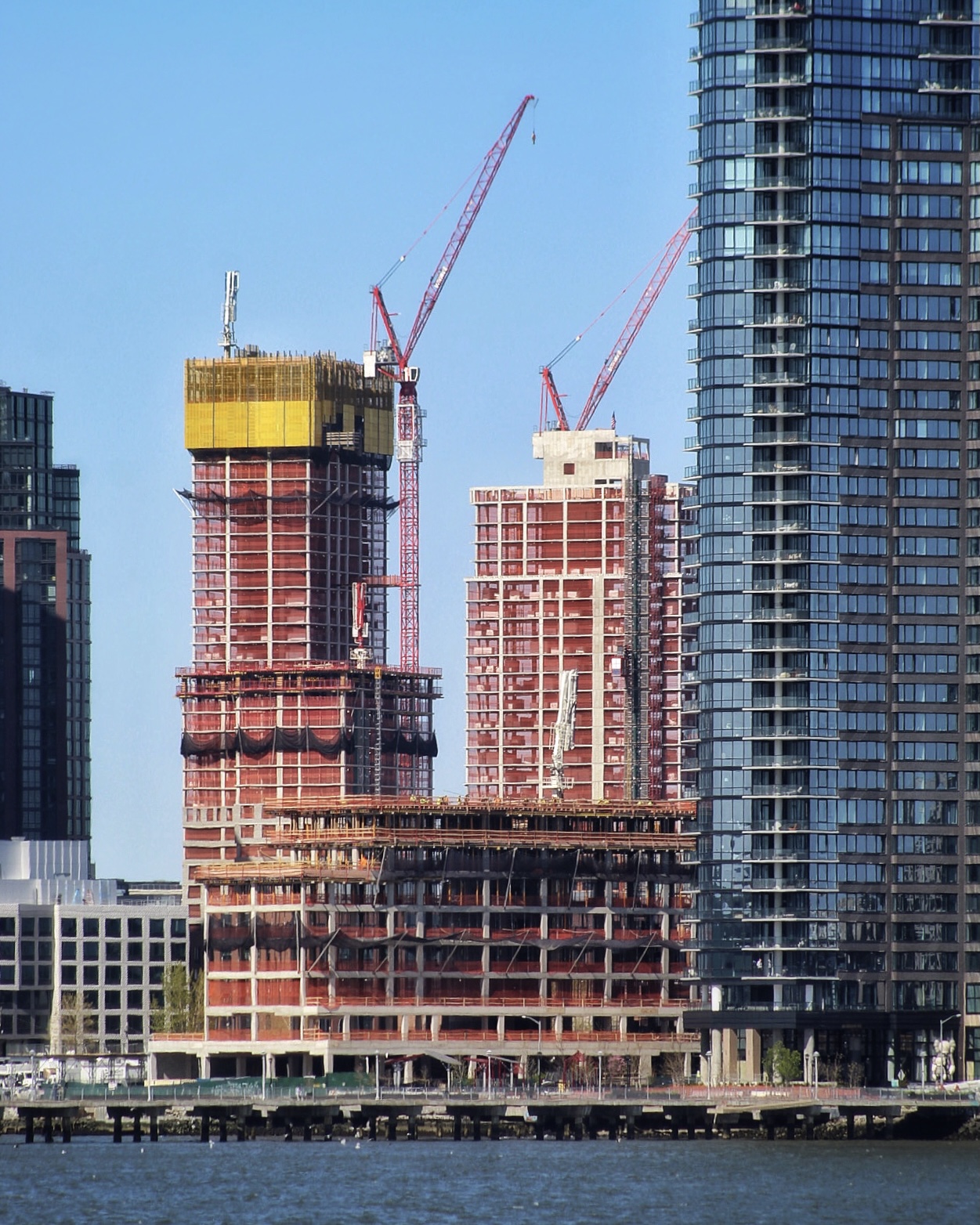 The structures won’t be as tall as their towering neighbors, but will still contribute nicely to the density of development along the waterfront, which includes the adjacent Greenpoint Landing and the Hunters Point South complex across Newtown Creek. 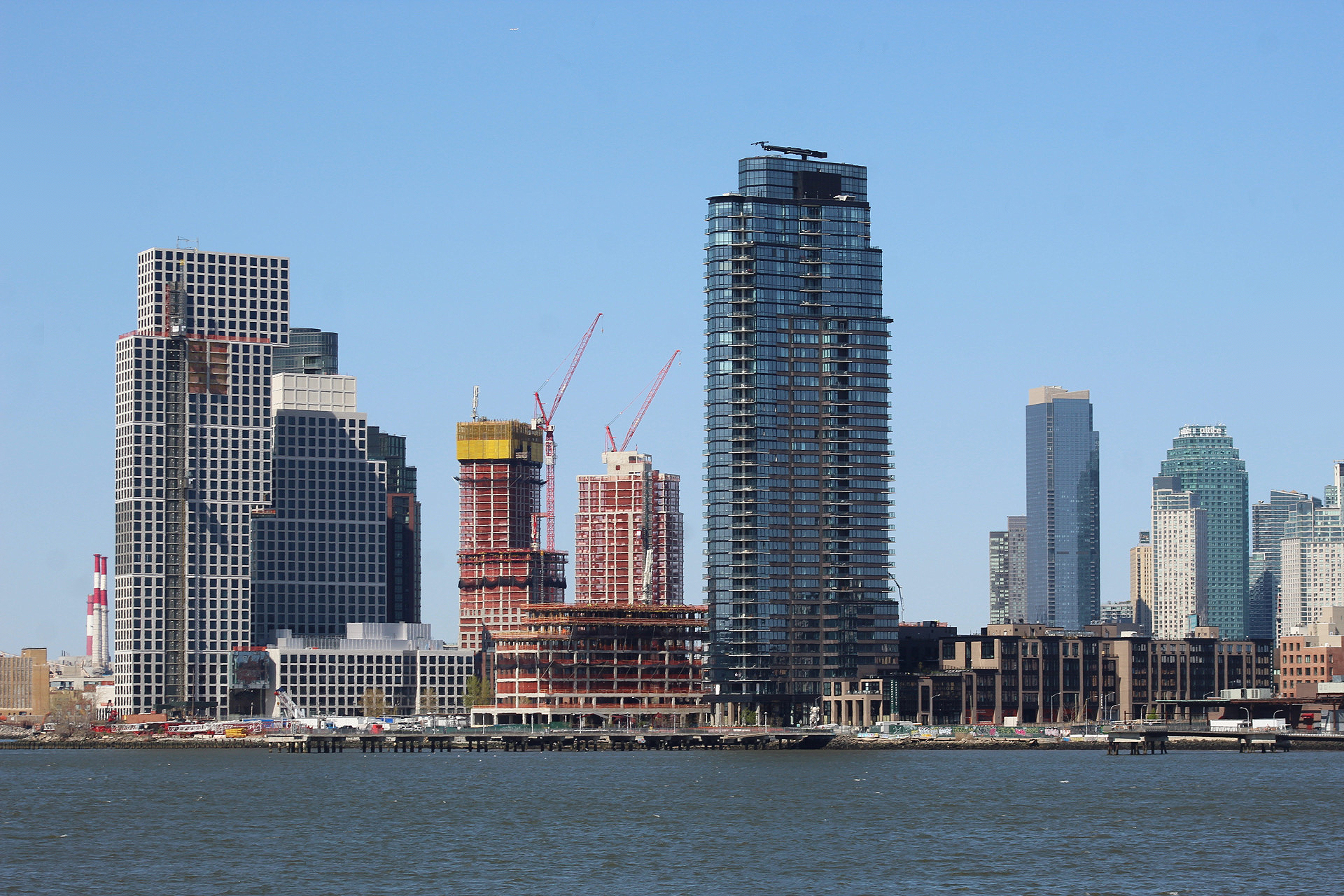 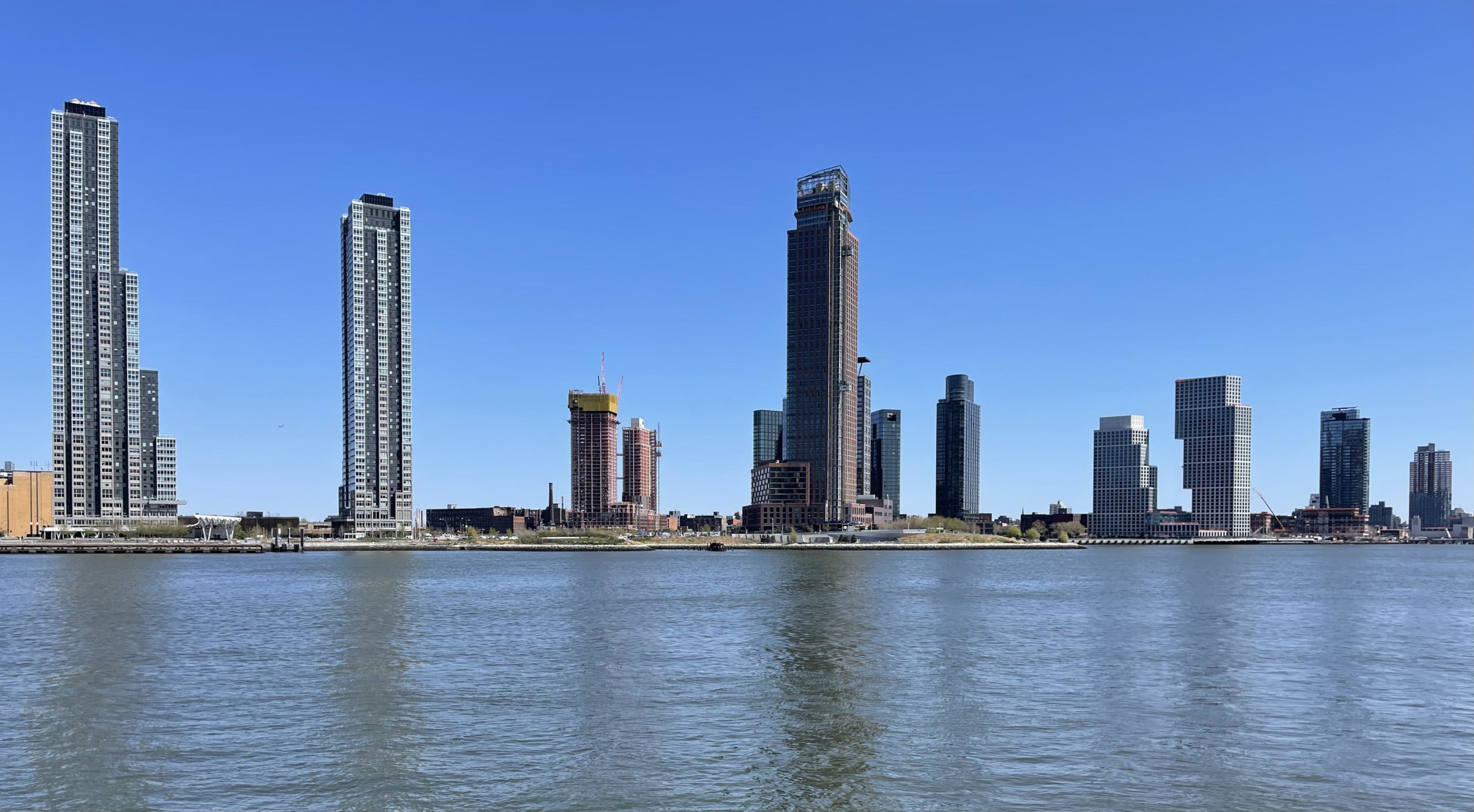 Hunters Point South (left and center) and Greenpoint skyline with The Huron on the far right. Photo by Michael Young

Renderings show the façade composed of a grid of light-colored brick surrounding large industrial-style windows, a nod to Greenpoint’s past. Residential amenities include a fitness center with locker rooms and saunas, an indoor saltwater swimming pool, a lounge, co-working spaces, a private dining room, a media room, a children’s playroom, an outdoor playground, a music practice room, a package room, an outdoor rooftop terrace equipped with BBQ grills, a bike room, and on-site parking. Select homes will come with private outdoor balconies and terraces that collectively total 20,000 square feet.

The closest subway is the G train to the southeast at the corner of Greenpoint and Manhattan Avenues. For driving, McGuinness Boulevard is a little further east and provides access between Brooklyn and Queens via the Pulaski Bridge.

The Huron should be finished sometime next year.

4 Comments on "The Huron Passes the Halfway Mark at 1 Huron Street in Greenpoint, Brooklyn"