Foundation work is progressing on the 200-key Marriott SpringHill at 223 West 46th Street in Times Square. Designed by Gene Kaufman Architects and developed by McSam Hotel Group, the project is planned to rise “at least 26 stories,” according to the design team. The main rendering depicts a tower of 34 stories.

A recent photo from Tectonic shows the progress at the site, which is located between Broadway and Eighth Avenue. Foundations are mostly in place and the steel rebar and formwork have just begun to reach street level. Work on the planned 70,000-square-foot edifice broke ground this past January. 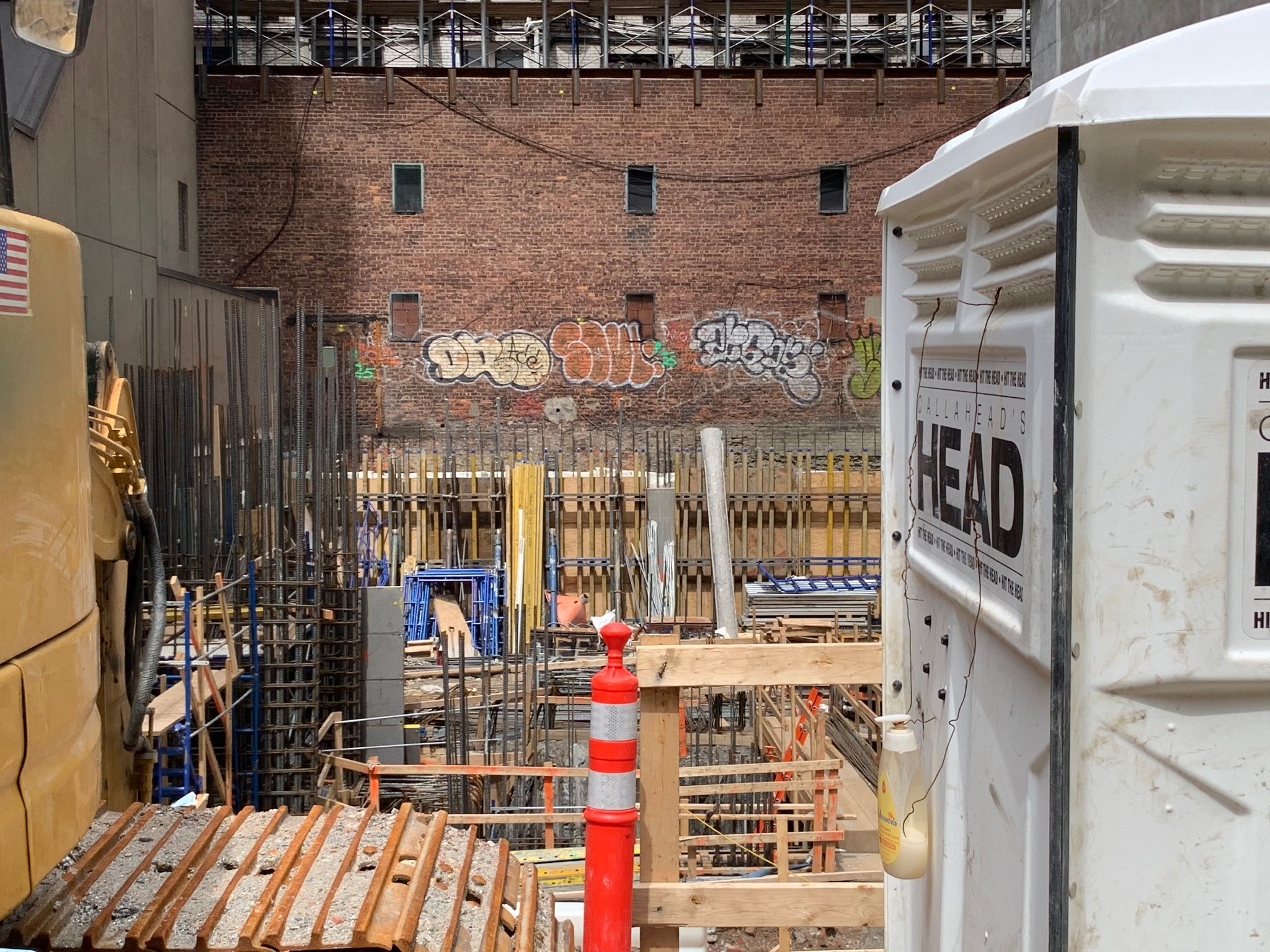 Renderings show a slim, gray-colored superstructure with a simple grid of windows four bays wide that stretches all the way to the flat roof parapet. Additional mechanical equipment caps the very top in the centerline of the floor plate. Amenities for hotel guests will include a garden-level fitness center, a ground-floor restaurant with outdoor seating, and a rear yard. There is only one setback in the massing, found right at the start of the second floor where the structure pushes back from the sidewalk and main entrance.

The Marriott SpringHill is located directly across from New York’s largest hotel and Marriott’s biggest establishment in the city with 1,966 rooms, the Marriott Marquis. The closest subways are the N, R, and W trains at the 49th Street station on Seventh Avenue. The Port Authority Bus Terminal, with additional access to the A, C, and E trains and connection to the 1, 2, 3, 7, Q, and shuttle to Grand Central Terminal, is four streets to the south along Eighth Avenue.

A completion date for 223 West 46th Street has not been announced.